Strong burning smell in eastern Singapore due to fire at landfill in Johor: NEA 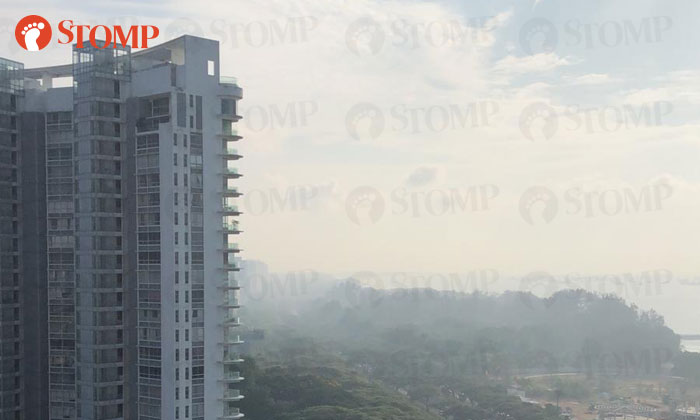 The National Environment Agency (NEA) has identified the source of a burning smell experienced by several residents in the eastern part of Singapore to a fire at a Johor landfill.

A spokesman told Stomp in a statement on Friday evening (Feb 8) that it had received feedback of a smoky smell in the eastern part of Singapore.

"Our investigations thus far have not detected any local sources of burning or factory upsets that could have contributed to the smell," he said.

"No sources of transboundary haze were detected in the region.

"Winds over Singapore have been blowing from the Northeast since early this morning.

"The 1-hr PM2.5 readings in other regions of Singapore were in Band I (Normal) throughout this time.

A spokesman told The Straits Times that during it said that during NEA’s checks, it also contacted Johor's Department of Environment, who confirmed on Saturday morning (Feb 9) that there had been a fire at a landfill in Bandar Tenggara, in south-eastern Johor.

"The fire has been burning since Feb 5, 2019, and the Malaysian authorities have been working around the clock to stop the burning," he added.

Stompers Timothy, Allan and Emily and alerted Stomp to what they compared to the haze in parts of Tampines and East Coast.

Timothy told Stomp he noticed the burning smell from as early as 2am in the Katong area.

He also shared a photo of East Coast where the air was visibly hazy. 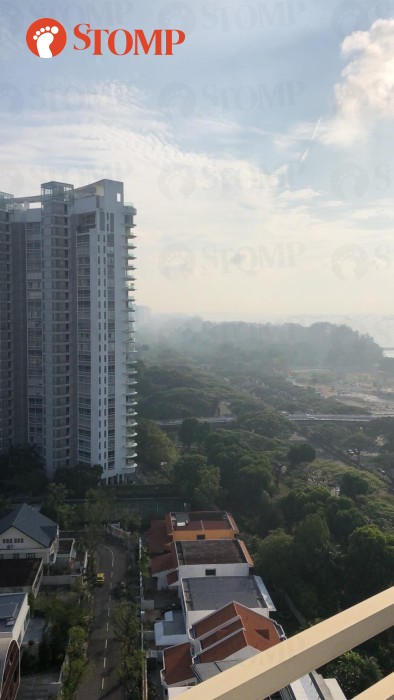 Allan also shared a photo he took from his home in Tampines.

"It was hazy in the east at Tampines and Pasir Ris," he said. 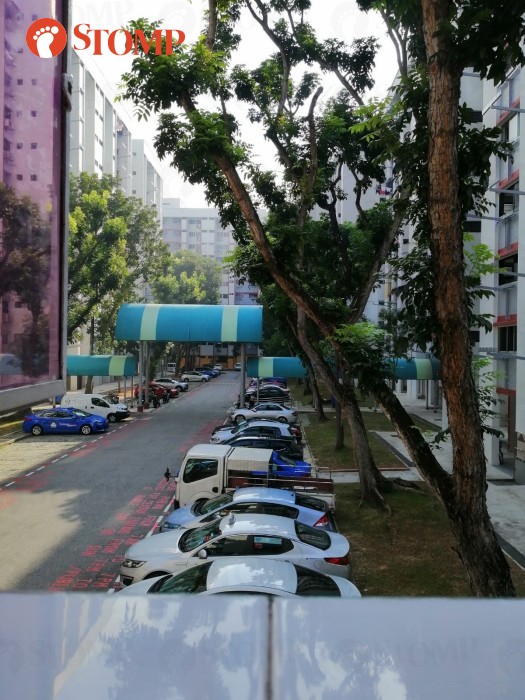 "There was a strong smell when I reached my Tampines home after attending a morning church service at Pasir Ris.

"I experienced the burning smell after I stepped out of the churt.

"On usual mornings, one may mistake the haze as morning dew but the burning smell confirmed it was not the dew.

"My neighbour confirmed it too."

However, she did not take a photo as the smell was stronger than the haze.

At about 10am, the Pollutant Standards Index (PSI) value listed on the National Environment Agency's (NEA's) website was 63, which is in the "moderate" range of 51 to 100, reports The Straits Times.

The figure for the east at 10am was higher than for other regions, which were 26 for the west, 35 in the north, 46 for the central region and 53 in the south.

The one-hour PM2.5 reading at 10am was 62 for eastern Singapore, which is within the "elevated" range of 56 to 150. PM2.5 is the dominant pollutant during haze episodes, according to the NEA.

The NEA's data showed that PM2.5 readings for the east have been increasing steadily, from 48 at 2am to 60 at 9am.

As of 9am, the Singapore Civil Defence Force said it had not received any reports of incidents that may have caused the smell.