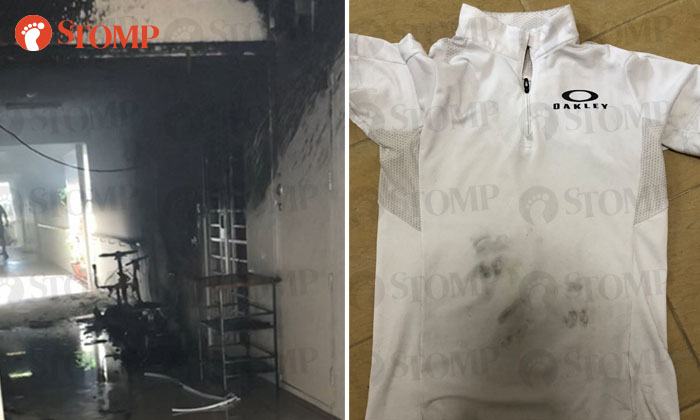 Residents came together to put out a fire, which broke out along a corridor, at Block 509B Bedok North Street 3 on Oct 27 at about 2.25pm.

Stomper Huang was at the scene and sent Stomp pictures and videos of the incident.

He said that he was at a coffeeshop nearby having lunch.

Just as he finished his meal, he heard people shouting that there was a fire.

He said he followed the shouts and ran towards the fifth floor of Block 509B, where he saw thick black smoke.

According to him, an electric wheelchair was engulfed in flames.

In one of the videos he sent Stomp, there were many people talking as the fire alarm blared.

He said: "There were senior citizens being guided down the stairs. Someone ran up me and passed me pails of water.

"I walked towards the burning wheelchair slowly and doused it with a small pail of water.

In another video he sent, senior citizens and residents of the block were gathered at a multi-purpose hall.

He sent Stomp a picture of the shirt he was wearing at the time of the fire.

"My new white shirt became black because of the smoke," he added. 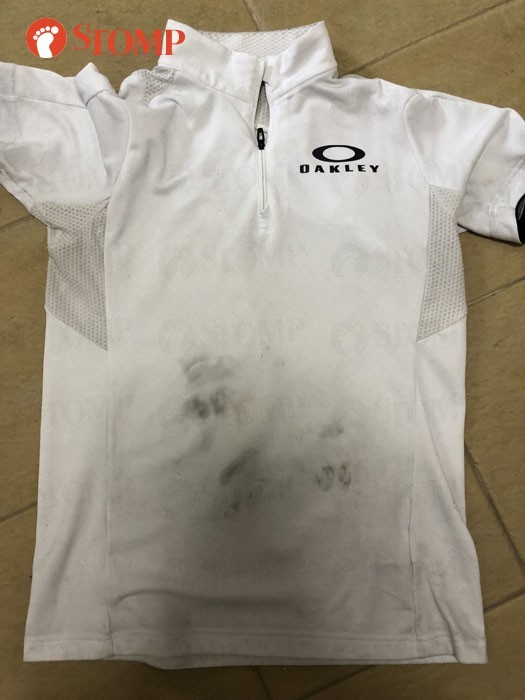 In response to a Stomp query, the Singapore Civil Defence Force (SCDF) said: "SCDF responded to a fire incident at Block 509B Bedok North Street 3 on Oct 27 at about 2.25pm.

"The fire was extinguished by members of the public using buckets of water prior to SCDF's arrival.