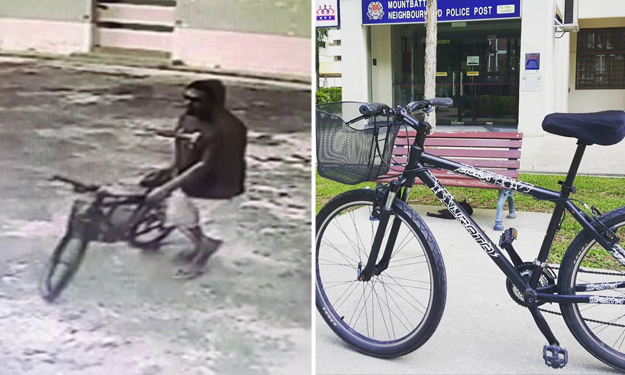 Stomper Rach has written in to thank Stomp after an earlier report about a man who rode her boss' bicycle away at 100 Guillemard Road on Jan 25.

The incident had been caught on CCTV footage, which Rach shared with Stomp. It showed the man walking into the back of the shop and riding the bicycle away.

The Police also issued a statement in response to the Stomp article and urged anyone with more information to come forward and lodge a report.

Rach emailed Stomp earlier today (Jan 29) to inform us that her boss has gotten the bicycle back.

The man who took the bicycle had apparently read the Stomp article about himself and surrendered to the Police.

The Police then called Rach's boss to inform her of what happened.

Rach said, "Thank you for posting the article.

"Just wanted to update you that the man returned the bicycle to the police station. Apparently, he saw himself on Stomp and decided to turn himself in!"