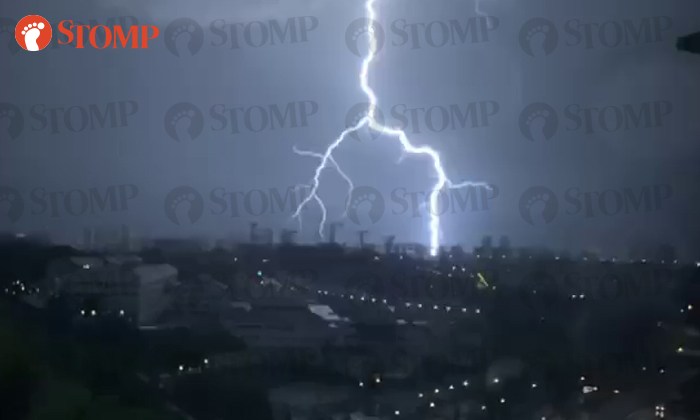 You might have noticed frequent flashes of lightning during a thunderstorm in the early hours and late morning of Tuesday (May 8).

However, this is completely normal, explained the Meteorological Service Singapore (MSS).

Irene and Tad contributed videos showing multiple lightning flashes at 2am and 4am respectively.

Irene, a Clementi resident who filmed three different clips over the span of an hour, wondered if it was normal for there to be so many lightning flashes within such a short period of time.

Tad, who lives in Bartley, said: "I could clearly see the lightning veins and a strike on a building."

In response to a Stomp query, the MSS said that Singapore experienced widespread moderate to heavy thundery showers accompanied by gusty winds and lightning on Tuesday morning.

An MSS spokesman added: "The heavy downpour was due to the passage of two consecutive Sumatra squalls, which formed along the Strait of Malacca last night, as a result of strong convergence of air streams over the region.

"The squalls swept across Singapore between 2am and 5am and again between 9am and 11am."

The highest total rainfall of 109.8mm was recorded at Jurong West between 2.05am and 2pm that day, said the spokesman.

Meanwhile, the most intense 30- and 60-minute rainfall were 52.8 mm and 71.9 mm recorded at Simei and Jurong West respectively.

The spokesman also told Stomp in a statement: "Intense lightning was observed over the southern and western parts of Singapore during the thunderstorm.

"The map below shows the distribution of accumulated cloud-to-ground lightning over the island detected by MSS’ lightning sensor network between 2am and 12pm on May 8. 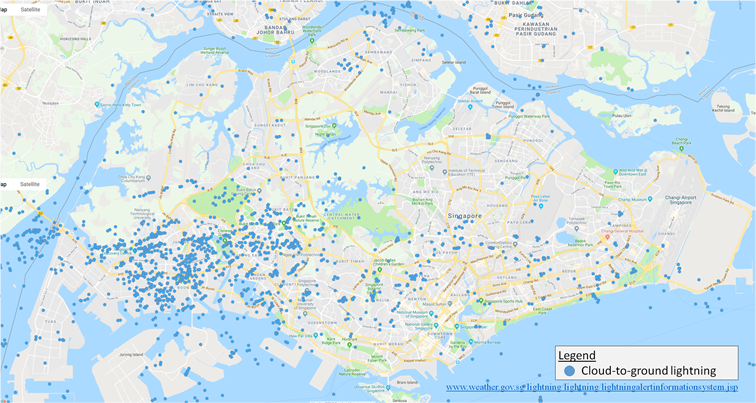 "Such frequency of lightning occurrences is common due to intense convection within thunderstorm cells in a squall."