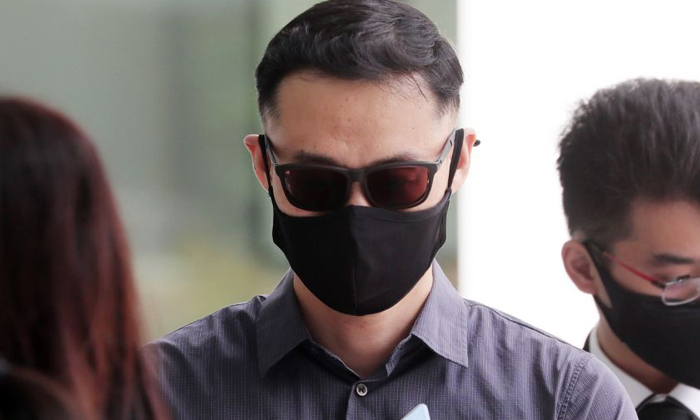 A South Korean man made a false declaration to the Singapore authorities after arriving at Changi Airport amid the Covid-19 outbreak last year.

Ko Kyung Ho, now 46, who had to serve a stay-home notice (SHN) from Nov 25 to Dec 9 last year after arriving from South Korea, pleaded guilty on Tuesday (June 29) to a charge under the Infectious Diseases Act.

A second charge under the same Act was considered during sentencing.

The Singapore permanent resident had made a false declaration in his application to opt out of serving his SHN at dedicated facilities.

On Nov 25 last year, he declared that he would be serving his SHN at home either alone or with household members with the same travel history.

Enforcement officers went to his home at the Charleston condominium in Shanghai Road, near River Valley Road, the next day and found three family members - his wife and two children - in the unit. The trio did not share his travel history.

In an earlier statement, the Immigration and Checkpoints Authority (ICA) said nine house movers were also found in the apartment that day.

Deputy Public Prosecutor Joshua Lim told the court on Tuesday: "The movers were directed to cease work and they left the apartment. They were unaware that the accused was serving SHN during that period of time, and would not have taken on the assignment if they had known.

"The accused was subsequently escorted to dedicated transport to take him to InterContinental Hotel to serve out his SHN."

Since Aug 11 last year, all travellers serving their SHN outside dedicated facilities have had to wear an electronic monitoring device throughout their quarantine period.

The ICA had said that with this enhanced surveillance regime, the Government was able to adopt a more "risk-based approach" and allow travellers from selected countries or regions to opt out of serving their 14-day SHN at dedicated facilities.

They could, instead, serve it at a "suitable place of residence".

One of the criteria was that the traveller has to occupy his home alone or with only household members with the same travel history and who are serving SHNs of the same duration.

Mr Wee also said his client had neither contracted nor transmitted Covid-19.

Foreigners may face further administrative actions by the ICA and/or the Ministry of Manpower, such as having their work permits or passes revoked or the validity period shortened.