Yikes, this is not a 'sour plum' in his juice as a Stomper originally thought 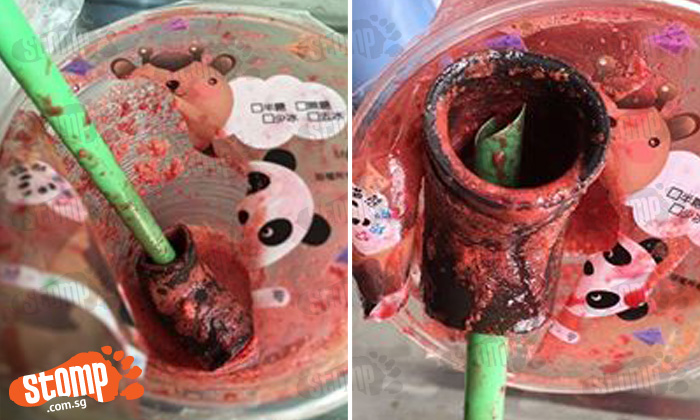 Stomper Kollo was shocked to find a huge piece of rubber in his beetroot juice he bought at Kovan food centre recently.

According to him, he bought it at the beginning of this month in the morning at about 10am.

"Watch what you drinking inside," he sent Stomp the photos of his discovery.

He recounted that he tasted "something sour", and merely thought that the auntie had added sour plum to his fruit juice.

He then realised how wrong he was when he opened it up, to see that it was not a seed but a piece of rubber.

Kollo could not identify where the rubber came from.

A search of the brand imprinted on the rubber, 'Breville', suggests that they manufacture juicers. The rubber part likely dropped into the cup while the stallholder was preparing the juice.

The Stomper said that the fruit juice stall has "lots of awards" and even had a picture with former Prime Minister Mr Goh Chok Tong featured on their storefront.

He also said that he has notified NEA of his find.