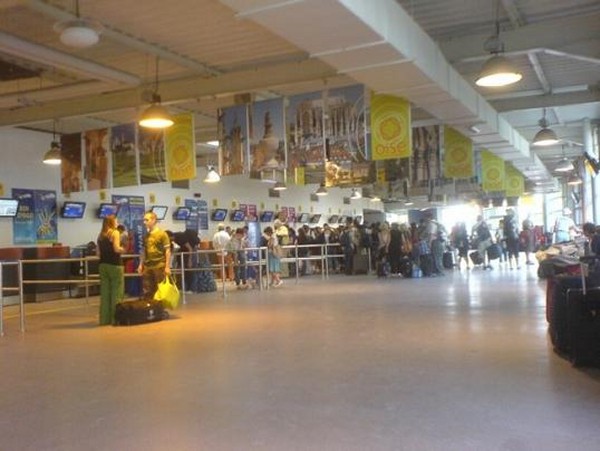 Travel site The Guide for Sleeping in Airports has voted Port Harcourt International Airport in Nigeria as the worst airport in the world. Voters on the website complained about its unhelpful staff, broken air conditioning, and most notably, an arrivals hall in a tent.

Last year, voters complained about King Abdulaziz International's crowd control problems, long queues, and unhelpful staff. This year, the "chaotic, crowded, unclean airport" did not seem to have improved, and maintained its standing as the world's second-worst airport.

CNN reported that 26,297 travellers voted for the best and worst lists. According to Sleeping in Airports, the voters were asked to rate the airports' cleanliness, customer service, comfort, and facilities available.

In sharp contrast to the airports on the worst list is Singapore Changi Airport. Voted the world's best airport of 2015, it is a spot that it has held for almost 20 years.

Changi Airport's facilities and services include a sauna, a fish spa, and free city tours. Voters likened the time spent in Changi Airport to a five-star hotel, and some reported that they were reluctant to leave even after 22 hours spent in transit.

Out of the top ten list, five of the world's best airports were located in Asia, and in total, there were six Asian airports, three from Europe, and only one from North America, which was Vancouver International Airport.

Sleeping in Airports users praised the best airports for providing exceptional service, and for the worst airports, the website recommended travellers to "bring a serious amount of patience because you'll definitely need it!"

See the full list of 2015's worst and best airports in the gallery below.