Why are bouncers getting involved in a fight at Pahang Street? 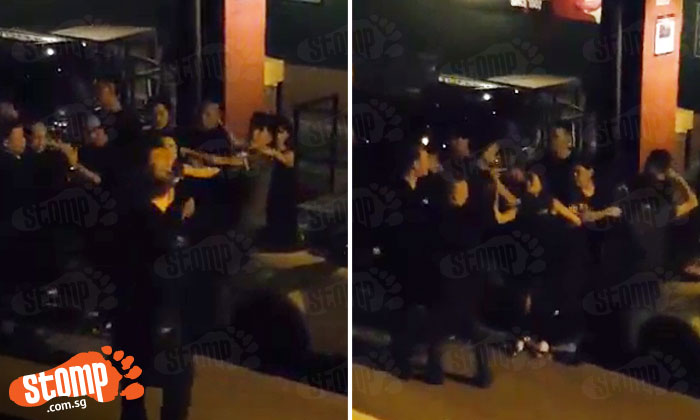 A Stomper saw a group of what she believes to be bouncers getting involved in a fight with a man and his companions at 2am this morning (Aug 27) at Pahang Street.

In a video the Stomper sent, six to seven men clad in black suits can be seen around a man who was seated on the hood of a car parked by the road.

He was being shouted at by a few of the men. At one point in the video, one of the men dressed in black looked to be trying to rain a punch on his back.

Another can also be seen gesturing at him as well as his companions.

The fight was eventually stopped after the aggressive men were restrained by their peers.

The Stomper is unclear what led to the altercation but questioned why bouncers were getting involved in a fight.

"From my understanding, bouncers are supposed to stop fights and ask people to go home. Why are bouncers joining in the fight?

"I am not sure on what the actual story is so I won't assume anything right now."

See what happened in the gallery below.