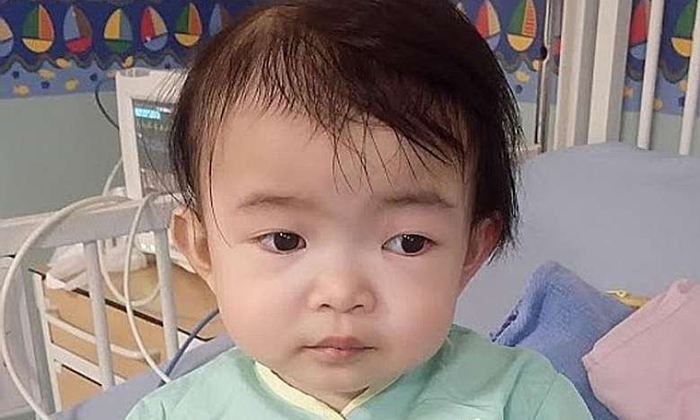 After fighting for her life in hospital for two weeks, two-year-old Wong ZiQin, who was born with a rare heart condition and was in need of a child heart transplant, died yesterday.

Her father, Mr Keller Wong, 42, said the family made the decision to take her off life support before her blood toxicity rose and her condition deteriorated further.

Her family had hoped she would recover enough to be placed on a mechanical heart while waiting for a child heart transplant.

They now hope ZiQin's story will raise awareness about the need for more child organ donors.

"She wasn't the only one; in the hospital we met many other children in the same situation, so we hope things can improve for them," said Mr Wong's sister, Megan, 43.

But patients aged 16 and below and who weigh above 30kg can be placed on the national waiting list for the adult heart transplantation programme at the National Heart Centre Singapore, and there is one such patient now.

ZiQin was small for her age, at just 8kg. Mr Wong said she was a friendly child who did not cry often. "Sometimes when she felt you were sad, she would pat you on the back to comfort you."

He plans to set up a support group for other parents to help them cope with the stress of waiting for an organ transplant, as well as share their plight if they want to.

"I can feel the desperation of other parents... We hope we can inspire others with more stories of ordinary kids showing extraordinary willpower to live on."

ZiQin was born with Taussig-Bing Syndrome, in which both great vessels are connected to the heart's right ventricle, and there is usually a hole in the heart.

This results in not enough oxygen-rich blood being pumped around the body, and she had been through five major operations.

She was hospitalised most recently after a persistent fever and cough. Her heart stopped and she was put into an induced coma and on life support.

Earlier last week her condition appeared to be improving. By midweek, the doctors reduced the sedatives to allow her to wake from the coma, but she did not respond.

"The doctors checked her eyes with a torchlight and there was no sign of life; at that point we had some idea of what needed to be done," said Mr Wong.

About 20 family members gathered at the hospital yesterday morning to support the family.

Many people came to know about ZiQin's story through Mr Wong's posts on Facebook and some visited her in hospital.

Ms Wong said at the one-day wake in Commonwealth Close: "Her spirit and character really brought people together. She reached so many people and raised awareness. She made a difference."

ZiQin's body will be cremated at Mandai today.

Related Stories
Two-year-old in coma needs a heart transplant: Parents are prepared for the worst
More About:
heartbreaking
child
death