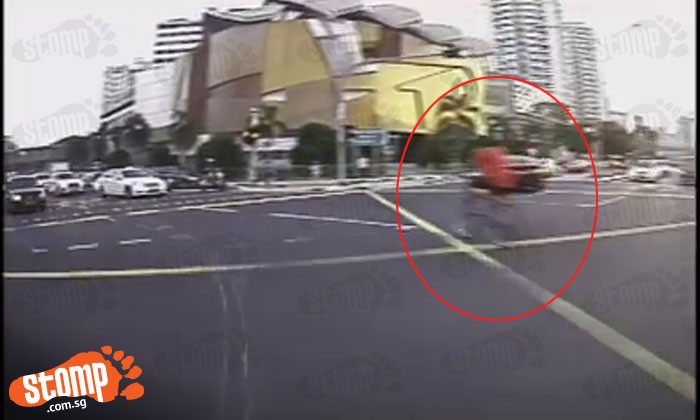 The footage shows the situation from both behind and in front of the Stomper's vehicle.

If you watch the video closely, you'll realise that many cars were turning at the traffic junction when he cycled past them.

Maybe he was in a rush and needed a shortcut, but if you watch the second half of the footage closely, you'll notice that the cyclist wasn't cycling fast as well.

So if he wasn't in a rush...why did he do this in the first place?

"As you could see from the video footage, my car almost brushed off with the bicycle cyclist. This is very dangerous.

"Moreover, diagonal crossing traffic junction is not common in Singapore, except in a few locations in CBD only.  I suspect that the cyclist could have been a foreigner."

We're thankful that no accident took place, but seriously, what on earth was this cyclist thinking?