S'pore woman in her 50s cheated out of $1.2 million in Facebook love scam 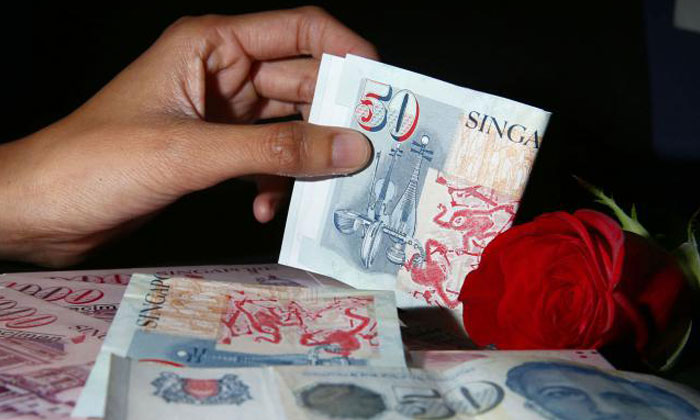 It all started when she accepted a friend request on Facebook.

But it eventually made her $1.2 million poorer after she became a victim of a love scam.

Mary, an administrator in her 50s, lost all of her savings and ended up in debt. All names have been changed to protect the victim's identity.

Police said it was the biggest amount lost by an individual in a scam that has seen a surge since the start of the year.

April was the worst month, with $7.5 million pocketed by scammers.

In Mary's case, the scammer, Tom, claimed he was an American engineer and investor.

He approached Mary after adding her on Facebook in January this year.

Dazzled by promises of visits to Singapore, the mother of four developed a romantic relationship with him.

Mary said: "Even after many years of married life, I craved the companionship of a man because my husband was always working and hardly at home."

Her children are all grown-up and working.

About a month into the relationship, Tom told Mary he was coming here to live with her and he asked her to help link him up with local banks and hunt for apartments.

He then told Mary about an intermediary, a Nigerian called John, who would help him bring US$5 million (S$6.77 million) in cash to Singapore.

When Tom suggested Mary meet John to collect the money, John told her that he was unable to enter Singapore due to documentation issues.

John told Mary to go to Malaysia, where he claimed he was based.

"Because I felt like I was in a genuine relationship, I trusted anyone he trusted," Mary said.

John first asked Mary to transfer $6,000 into a Singapore bank account to get some documents processed, and she did.

He then told her that he was stuck at the airport and asked her to meet him in Malaysia to hand him $50,000.

It was to vouch that the purported US$5 million he was carrying in cash was "clean money".

Mary said she agreed because she was convinced the relationship she had with Tom was genuine.

She said she was even willing to leave her husband for him.

She added that Tom also told her the lock combination for the bags, which he claimed contained the money that John would show to her.

The same day, Mary met John in a hotel room in Malaysia, where he showed her a few bags.

"When I opened the bags, there were a lot of US dollars in it," she said.

"It was also the correct combination that (Tom) had given me, so I did not suspect anything and I handed over the $50,000 in cash."

It marked the start of John's continual requests for money and Mary would remit it each time.

After using up her savings, Mary resorted to taking out unsecured loans from banks, and her insurance.

Her family members found out about the bank loans and confronted Mary. She realised she had been a victim of an elaborate Internet love scam.

Her family members told her to make a police report. But she had already transferred a total of $1.2 million by then.

What victims of Internet love scams often share is a desire for affection.

They are usually aged between 30 and 59, and they can be housewives or working professionals.

SIO Yusri, who has been in the commercial crime squad from the Jurong Division for the past four years, said: "The scammers, who often claim they are engineers, businessmen or army officers, use a variety of tactics to win the trust of their victims.

"They are also loving and affectionate, and usually good-looking on online profiles, just to sweep victims off their feet."

Since the start of this year, there has been a 294 per cent increase in such cases as compared to the same period last year.

Head of the Financial Crime Policy and Operations Branch Yolanda Yu, who studies islandwide trends, explained that the surge of Internet love scams over the years is caused by the increase in social media websites and apps such as Facebook, OKCupid, and Tinder.

When asked why most Internet love scam victims are female, Miss Yu said: "Women are more vulnerable to Internet love scams where emotions like fear or love are involved. They are also more likely to get emotionally attached."

SIO Yusri agreed and added that some of the victims still trusted the scammers even after they had made a police report.

He said: "Sometimes, when we advise them, they are less accepting because they think they know the person they are in a relationship with better."

"That's why some victims repeat the same mistakes despite having been cheated before by the same person."

This article was first published on June 11, 2016.
Get The New Paper for more stories.