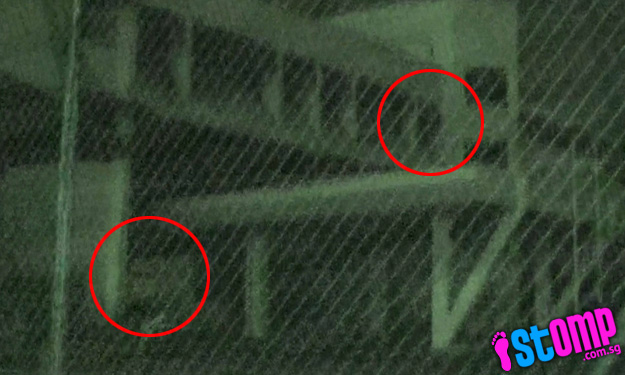 Stomper SC saw two mysterious figures in a video of the old campus of Fuchun Primary School he took.

"While at the old campus, we were told a lot of stories about the school. I heard the land the school is on was a former burial ground to a Pontianak that roams the school and that ghost linger at a huge tree at the side of the school.

"However, the closest I ever encountered was when I was on the hall stage for a drama act, I had very sudden goose-bumps. As it was a very long time ago, I cannot really remember much.

"As it is 2016 now, more than 10 years after I have left that place, my friend and I decided to revisit the school.

"The public is now restricted from entering the compound, so we could only look at the school from outside.

"When I saw the school after 10 years, it looked exactly the same. It was old, dirty and left untouched.

"We started filming the school with a video camera with a night vision function. The sound that was created by the night vision sounded exactly like those in horror films; it felt real.

"I remembered running away from my form teacher through the side of the school and she chased me all the way to the basketball court. We later went to the back of the school where we spotted the "No Trespassing" sign. We also noticed a police line at on of the gates leading to the first floor corridor. We moved further upwards and filmed the basketball court area and ended our exploration there.

"It is good to remember this forgotten place and appreciate it before its gone."