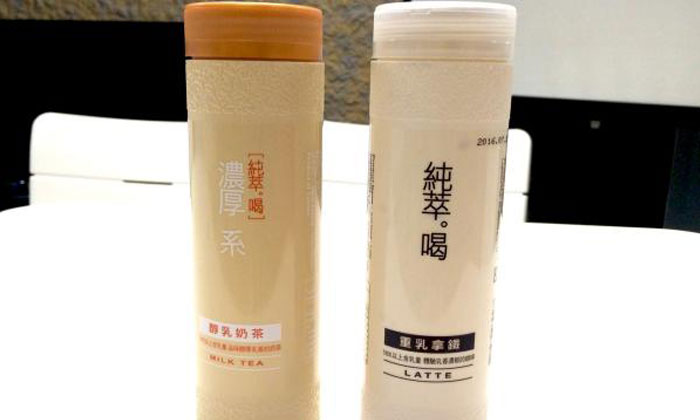 You can sense a fad emerging when Singaporeans start ordering milk tea drinks in sleek bottles from Taiwan months before its launch today (July 13), and the chorus of complaints when the beverage gets sold out.

16 years after Taiwan first gave us bubble tea, milk tea is making headway in Singapore, this time in the shape of a shampoo bottle.

Chun Cui He (純萃。喝), which is translated as 'Pure. Drink', is now available at over 400 7-Eleven stores in two flavours: Milk Tea and Latte.

Within a few hours after its launch, the drink, which has a shelf life of about 15 days, was reportedly sold out in many 7-Eleven stores.

Netizens took to its Facebook page - which has amassed slightly over 20,000 followers - to claim their bragging rights, while the unfortunate few bemoaned their bad luck.

A netizen, Jinny Kok wrote: "Dear fellow Singaporeans, please do not be selfish and sweep entire stock for your own consumption. Unless you are helping people to buy as well, else let others have a chance to try the drink also! (sic)"

Another netizen, Jaclyn Ally Choo, posted a screenshot of a bottle of milk tea being sold on Carousell for $8, which is nearly three times its retail price of $2.80. The listing has since been removed.

The drink was also a hit when it launched in Hong Kong late last year, with reports that it was out-of-stock island-wide at its launch.

AsiaOne got our hands on both flavours and here is the verdict:

While the milk tea flavour did not disappoint, I failed to see the hype around it. The tea and milk taste is quite strong, which I favour, but there's nothing aromatic about a cold bottle of imported tea.

The latte proved to be more divisive. It was thick, like the milk tea, but otherwise, nothing to rave about. While acceptable, some colleagues described a peculiar aftertaste.

Each bottle retails for $2.80 each, which is a tad pricey, considering that a medium-sized cup of milk tea from bubble tea chain Koi costs $2.90, while Gong Cha's Milk Alisan Tea costs $2.80.

There are another eight flavours, such as matcha latte , cocoa mocha, white coffee, oolong milk tea, and roasted coffee.

Abana Singapore Pte Ltd, which is the official distributor for the drink in Singapore, declined to reveal when the other flavours will be released in Singapore.

Responding to despondent Singaporeans thirsty for the drink, Abana wrote on its Facebook page: "Stocks will arrive progressively to 7-11 stores from today onwards. Not all stores will have it at the same time."