Singaporean who wanted to set up Islamic state detained under ISA 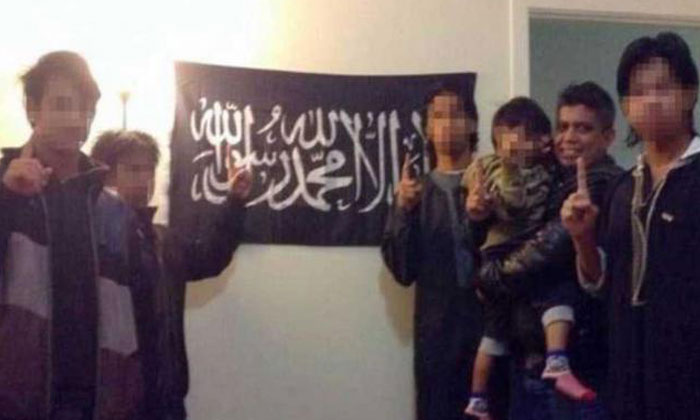 A Singaporean man who openly supported terrorist organisations and radicalised two others has been arrested and detained under the Internal Security Act (ISA).

In a statement on Friday (July 29), the Ministry of Home Affairs (MHA) said that 44-year-old Zulfikar Mohamad Shariff, who wanted to establish an Islamic state in Singapore, was arrested in this month for terrorism-related activities.

According to MHA, Zulfikar made numerous Facebook posts glorifying and promoting the Islamic State in Syria and Iraq (ISIS), and exhorted Muslims to take up arms and wage militant jihad in places like the Middle East, Palestine, Myanmar and the Philippines. He considered the propogation of radical material as a form of jihad.

He also set up a Facebook page called "Al-Makhazin Singapore" as a means to provoke Muslims in Singapore into pushing for the replacement of the democratic system in Singapore with an Islamic state, and had looked into holding training sessions to radicalise young Singaporeans.

Explaining the detention, MHA said: "In view of the high level of the terrorism threat that Singapore currently faces, and the global terrorism threat posed by ISIS, Zulfikar's promotion of violence and ISIS and his radicalising influence pose a security threat to Singapore."

In its statement, MHA revealed that Zulfikar had become radicalised as early as 2001 after reading jihadi-related materials, and was supportive of organisations like Al-Qaeda and Jemaah Islamiyah. He also advocated for Muslims to take up arms in Afghanistan following the Sept 11, 2001 terror attacks.

After resettling his family in Australia in 2002, he continued to pursue radical ideology by joining hardline organisation Hizbut Tahrir, and was influenced by the teachings of radical idealogues like Anwar al-Awlaki.

MHA also said that besides his intention to promote ISIS, he wanted his online followers to reject the secular democratic nation-state system and establish an Islamic caliphate governed by Syariah law.

"He believes that violence should be used to achieve this goal if necessary," MHA said, adding that he had also set up the online group Al-Makhazin in 2013 to achieve his objective of establishing a global Islamic caliphate.

MHA also revealed that it has issued two-year Restriction Orders (RO) to the other two Singaporeans.

Mohamed Saiddhin, a 33-year-old businessman, was radicalised through perusing radical online material and influences, and was so inspired by Zulfikar that he photographed himself adopting the common pose of jihadi fighters while standing in front of the ISIS flag.

The statement said that the other individual radicalised by Zulfikar, Mohamed Shamin, had been detained under the ISA for terrorism-related activities, without elaborating further.

Another individual, a 17-year-old who was not named in the statement, was given an RO. The teen had recently graduated from a madrasah.

"Investigations showed that he had become radicalised online after viewing pro-ISIS videos, websites and social media material. He became convinced that ISIS' violent actions were justified and harboured the intention to fight for ISIS in Syria in the future where he was prepared to die a martyr," MHA explained.

A person issued with an RO cannot change his residence or employment, or travel out of Singapore without the approval of the director of the Internal Security Department.

Meanwhile, another Singaporean, Muhammad Fadil Abdul Hamid, was re-detained under the ISA for two years in April this year,  as he intended to join a terrorist group to engage in armed violence in Syria.

According to MHA, Fadil, who had previously been detained from 2010 to 2012, had initially made progress in reintegrating into society, but later became attracted to radical online material again.

At the same time, a self-radicalised Singaporean, Abdul Basheer Abdul Kader, 37, was released from preventive detention after it was assessed that he no longer posed a security threat. The RO of another individual, Rijal Yudri Jumari, 35, was also allowed to lapse.