Should more counters be open at polyclinic for the elderly? 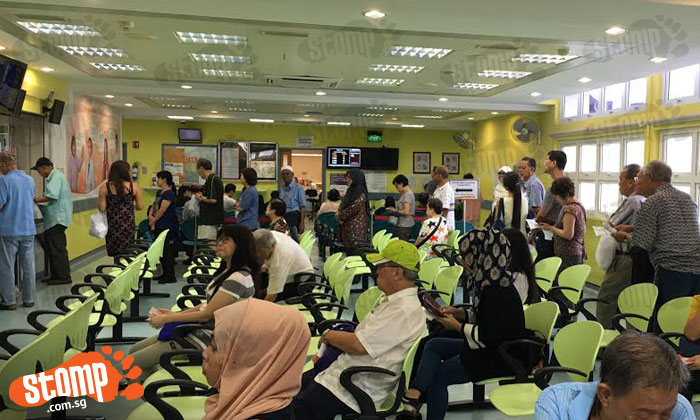 Stomper Zacchaeus was at Bedok Polyclinic yesterday (Jul 12) at around 12pm when he saw a queue consisting mostly of elderly people waiting to make an appointment.

The Stomper was concerned and felt that more can be done to shorten the wait for the elderly individuals.

"There were eight counters in total. Seven were used for registration and one was used for appointments.

"There were around 20 people in the queue. Perhaps the polyclinc can consider allocating one or two more counters for appointments so the elderly visitors do not have to wait so long.

"Also, the registration counter allowed visitors to take queue numbers so those who were waiting can sit down and wait for their turn. However, those who wanted to make appointments had to queue physically.

"Due to their age and health conditions, some of the elderly might have difficulty queuing for a period of time.

"I have feedbacked my concerns to a staff at the polyclinic. Hopefully something can be done."