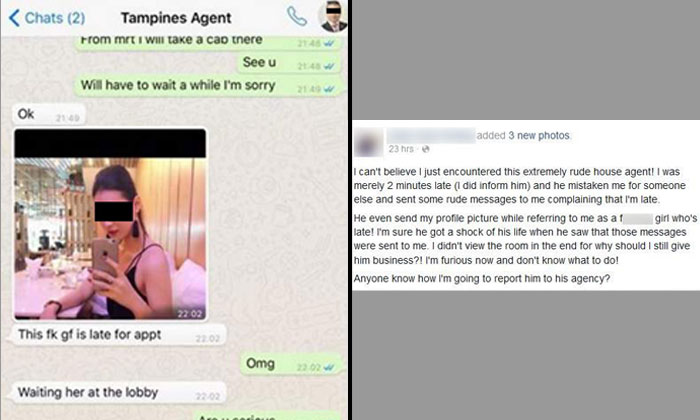 A woman has taken to social media to share her experience after a property agent she hired allegedly sent her rude texts for being late.

According to a Facebook post that the woman published, which Stomper Edwin alerted us to, she was supposed to meet her 'Tampines Agent' but was slightly late.

The agent then started sending her rude texts after mistaking her for someone else.

"I was merely two minutes later and he mistaken me for someone else and sent some rude messages to me complaining that I'm late.

"He even send my profile picture referring to me as a f***ing girl who's late!

"I'm sure he got a shock of his life when he saw that those messages were sent to me.

"I didn't view the room in the end for why should I give him business?"