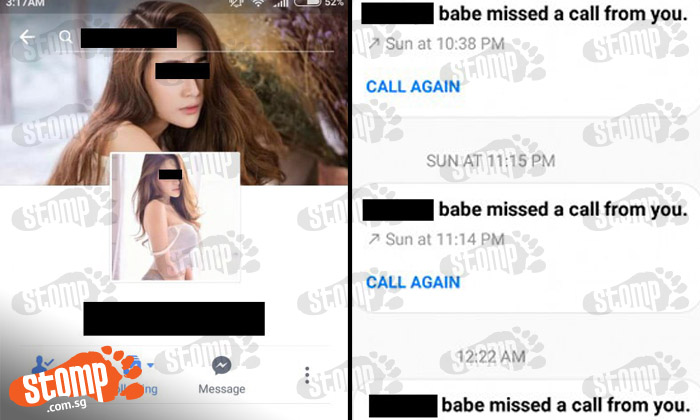 Netizens, beware who you befriend online.

Stomper Sam wishe to share an incident that happened to him that emphasises the above-mentioned point.

At midnight of July 31, a 'pretty girl' sent him a friend request on Facebook, which he accepted.

After chatting with him, the 'girl' then asked Sam to buy her MOLPoints, which are in-game credits you can purchase online. These credits can be used to make in-game purchases across a variety of game titles.

Sam bought the credits for her, and she asked to meet up with him at 7pm at the Starbucks outlet in Tampines Mall.

However, he waited for three hours and she did not show up.

Sam later realised that she had blocked him on Facebook, and subsequently deactivated her account as well.

"She cheated my feelings and also cheated me of my money."