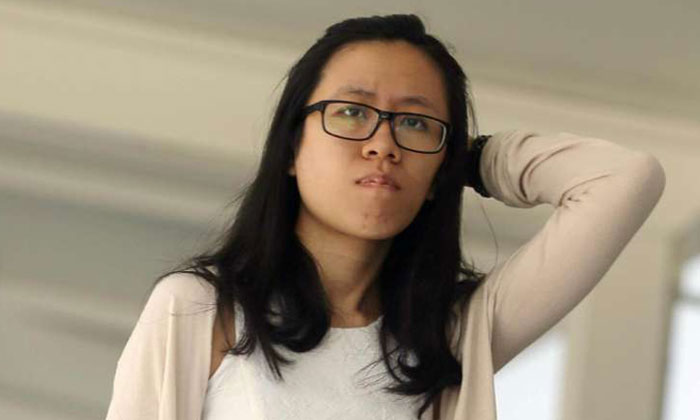 Elena Chong
The Straits Times
2 May 2017

A woman filmed unsuspecting female victims in the changing rooms of the True Fitness outlet at Suntec City Mall and advertised these videos for sale on a website.

To attract potential buyers Heng Li Ying, 29, would offer buyers free videos as an add-on to those being purchased.

Once potential buyers approached her by sending her messages on the Sammyboy forum, she would get them to transfer the agreed payment to her bank account and then made the videos available to them via download links.

Over around five months from early 2014 to May 7 the same year, she earned at least $1,540 by selling such videos, lasting less than a minute to almost two minutes, to at least 22 people.

On Tuesday (May 2), the marketing executive was sentenced to 30 weeks' jail after admitting to three counts of intruding into the privacy of a Caucasian woman and two unknown women at the True Fitness outlet at Suntec City Mall on April 19 and 26, 2014.

Two other similar charges as well as one of having 23 obscene films were considered during her sentencing.

Deputy Public Prosecutor (DPP) Winston Man said Heng, a National University of Singapore graduate, signed up for a two-year membership at True Fitness in 2012 which allowed her to use facilities belonging to the gym across Singapore.

Some time in early 2014, she created an account with the username "gargar787'' on Sammyboy, which is an online forum with sections that allow users to post and exchange sexually explicit material including self-recorded sex videos and pornography.

As she had difficulties in holding down a permanent job then, Heng created a discussion thread labelled "Changing room peektures'' to advertise videos depicting women in various states of undress, for sale at either 10 or 20 cents per second of footage.

Investigations showed that from early 2014 until she was called up by the police on May 7 that year, she earned at least $1,540 by selling the videos to at least 22 account holders on Sammyboy.

The DPP said True Fitness was alerted to the fact that compromising videos of customers in their changing rooms had been posted for sale and circulated online, thus creating disquiet among their clientele. It made a police report on April 10 that year.

Heng's lawyer Rajan Supramaniam said his client was truly remorseful and regretted very much committing the offences which had ruined her life and career.

Pleading for leniency, he said Heng apologises to the victims and the court for her wrongful actions.

Heng could have been jailed for up to one year and/or fined on each charge.