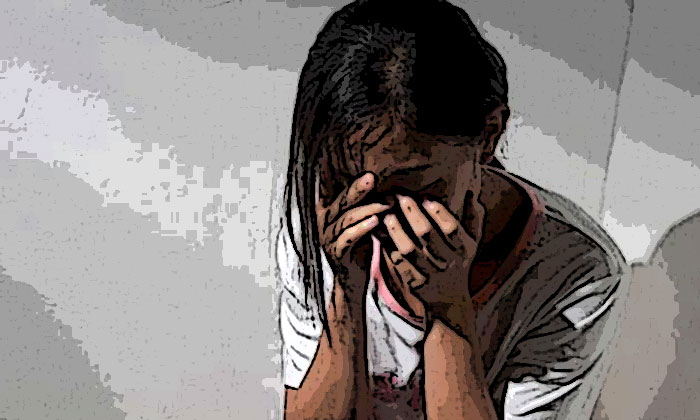 She returned home from a vacation, only to find a shocking message from her host.

We are all familiar nasty online reviews. All over the internet, restaurant-goers decry bad service, film critics baulk at plot holes in the latest movie and holidaymakers point the finger of blame at their vacation hosts for all their travel misfortunes. But the tables were turned on me during my holiday to a quaint city in Southeast Asia.

While chatting online with my friend Alice*, who was backpacking on her own across the region, I decided on a whim to go on a short getaway myself.

"Fly up and meet me in this city! You can settle all of our travel arrangements during that leg of my trip,' she said. I didn't mind doing all the work so I started making the necessary arrangements. I booked my flights and found us an affordable place to stay on vacation rental site Airbnb.

The guesthouse was a gem of a find: it was located near the city centre, looked spacious and comfortable, and renting a room cost less than $15 a night I contacted the host, Gen* and managed to secure my booking for two nights.

A week later, Alice and I met at our destination. When we arrived at the guesthouse, Gen was nowhere to be seen. In her stead, was a Caucasian man who introduced himself as Antonio* and the owner of the property.

He told me that he ran a tour agency from the first floor of the building and I simply assumed that the woman in the Airbnb profile picture was one of his staff.

Antonio was warm and friendly. He helped us to settle in and recommended various places of interests and good eateries. So we did our sightseeing, shopped and ate to our hearts' content. We had a great time.

On the third and final day, I said goodbye to Alice. I had planned to spend the day at the spa before leaving for Singapore, whereas she had decided to head to her next destination right away, so we went our separate ways.

I returned to life as usual in Singapore and got back into the daily grind. Alice had not contacted me since we parted ways, but photographs from her travels appeared on my social media feed every day or so.

Two weeks had passed since I arrived home when a notification popped up on my smartphone. It was a computer generated message from Airbnb that read, "Gen wrote you a review. Here's what she wrote…"

Curious to know what Antonio and his staff had to say about me, I opened the message and was horrified by what I saw: "She came to our home. She booked two nights, but stayed an extra night in my boyfriend's bedroom and slept with my boyfriend while I wasn't there."

Above the text was a statement from Airbnb to say that the review would be visible on my public profile. This meant that any potential Airbnb host in future would read it!

I gaped at the message and read it two more times to make sure my eyes were not playing tricks on me. Who was this mysterious woman and why would she accuse me of something so blatantly untrue?

I wrote her an angry response, demanding an explanation.

"Look, I don't know who you are but I definitely did not sleep with anyone's boyfriend. I stayed in the city for exactly two nights and came home to Singapore. I am furious that you would say slander me in this way!"

Within minutes, her reply came through.

"I am so sorry if you're the one who left after two days," she began.

Uh-oh, I thought, as it dawn on me what had happened. On our second night, Alice had spent a good hour or so speaking with Antonio at the front desk. She'd told me that she needed to ask for directions to her destination and that I should go back to our room first. Had she lied to me?

The truth at last

Gen continued: "Your friend was the one who stayed. I don't live in the city - I only visit about once a month." She had learnt about her boyfriend's betrayal from some neighbours.

"They told me my boyfriend took a customer around the city and had dinner with her," she told me. "It all sounded very strange to me, so I checked with the staff about your booking and found that you had only reserved two nights at our guesthouse. We had no available room for a third night."

It turns out Antonio had taken Alice for a tour of the city and then to dinner. After that, they returned to the guesthouse and shared a bottle of wine. "He confessed to all of these things and to letting her sleep in our bedroom but denied having sex," Gen wrote.

"I feel so tired. You cannot imagine how heartbroken I am. Maybe they really did not have sex, but your friend is single and can do whatever she wants. We had planned to get married but I've called it off and ended our relationship."Gen ended her note by apologising for the trouble she had caused and promising to write to Airbnb to remove the review.

From one accusation to another

I stared at Gen's outpouring onscreen, reeling. I recalled that Alice had mentioned meeting various men in her travels - they had taken care of her, carried her things and planned her routes. "I get a different boy for each leg of the trip," she had joked.

I wondered if perhaps I had not realised the implications of what she'd told me at the time. Was she giving sexual favours in exchange for their care and attention?

I contemplated confronting Alice about the incident but decided against it. After all, I had been completely outraged with Gen's accusation. She'd acted rashly and without any evidence. What gave me the right to hurl the same accusation at Alice? I decided to let the matter rest but made a mental note that I would make sure to properly introduce myself to my next Airbnb host, just in case.