Motorcyclist left unconscious after colliding with wild boar on BKE 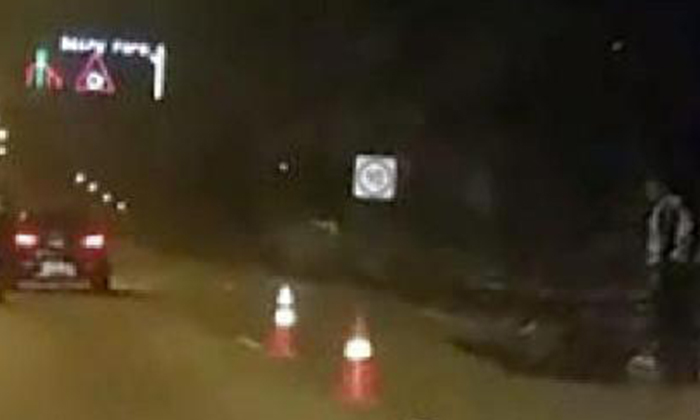 A motorcyclist was travelling on BKE towards PIE, after the Dairy Farm Road exit at 7pm on Sunday (Nov 13) when a wild boar suddenly dashed out, causing a collision.

The impact killed the boar and rendered the motorcyclist unconscious, suffering injuries on his hands, legs and mouth.

An eyewitness who only wanted to be known as Mr Zhang, said that he found a wild boar, measuring about 1m long, lying motionless on the floor according to Zaobao.

He believes that the wild boar came from the forested area beside the highway.

"The motorcyclist, who looked like he was around 30 years old was riding when the wild boar came running out suddenly.

"He could not stop his vehicle in time and crashed into the animal.

The victim was sent to National University Hospital (NUH).

The SCDF has issued an official statement:

"The SCDF were alerted at 7:17pm on Sunday (Nov 13) and dispatched an ambulance."

"A man was conveyed to NUH in an unconscious state."

Traffic has resumed at normal capacity after the wreckage of the motorcycle and the carcass of the boar were removed.

Many wild boars have been sighted roaming in urban areas in Singapore. Could feeding have caused them to come into closer contact with humans in search of food?

Ms Anbarasi Boopal, deputy chief executive at the Animal Concerns Research and Education Society (Acres) told The Straits Times: "Feeding should be stopped... If not, they might approach humans in the future, and people may report them as a nuisance, resulting in them being culled."

She also said that Wild animals can also be unpredictable, so it is best to look at them from a distance.

"They will have enough food in their habitat to survive," she said.

An advisory on the AVA website warns people against trying to feed wild boars and to that they should keep a safe distance from the animals.

"Wild boars are unpredictable animals and can be dangerous. Their teeth can inflict serious injuries. Female wild boars, especially, are dangerous when protecting their young," said the advisory.