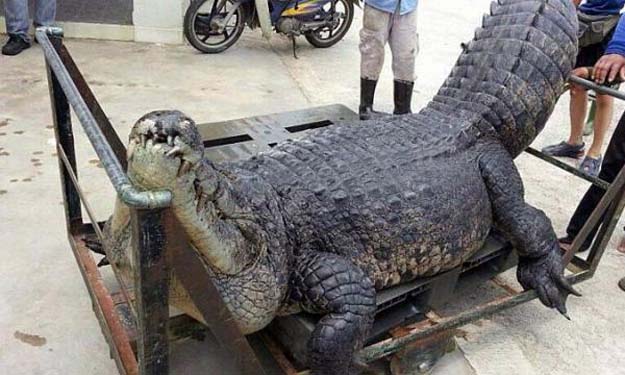 The mystery of the 400kg crocodile found dead at Kranji Reservoir about a month ago may have been solved, at least partially.

The Straits Times reports that poachers could be to blame, and they are at large, said national water agency PUB.

The reptile, believed to be one of the largest wild specimens here, was found dead with a metal rod in its eye and a large fishing hook lodged in its mouth, according to the agency's authorised crocodile handler.

It is not known why the illegal hunters did not make off with their giant catch.

According to an earlier report in AsiaOne, the crocodile was fondly nicknamed Barney by anglers, and it is probably one of the largest to have roamed wild here in decades.

PUB said in a media statement that there is a history of crocodile sightings at the Kranji Reservoir area.

Twelve crocodiles have been caught alive since 1989, with the last one caught in 2006. There were no crocodile sightings reported in Kranji in 2012 and 2013.