Man who spent 18 days in transit after missing flight: Here's just how comfortable it is to 'chill' at Changi Airport's transit 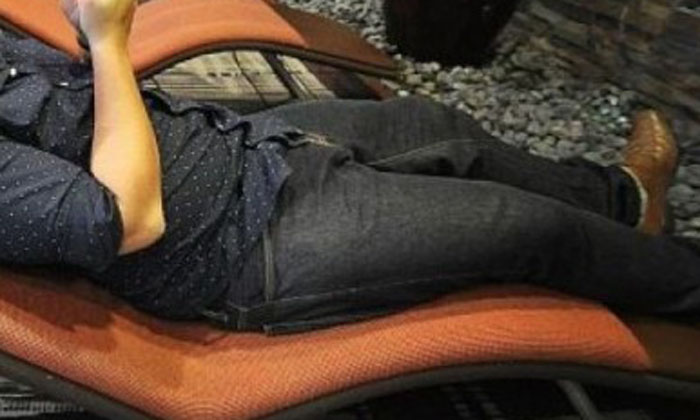 After enduring a long stopover in another airport, coming back to Singapore is like stepping into another dimension.

It must be the same feeling others experience when passing through or arriving at Singapore's Changi International Airport.

After all, the airport has been rated the best in the world in several surveys.

Malaysian Raejali Buntut certainly thought so. The former business development manager spent 18 days in the transit area of Changi Airport after oversleeping and missing his flight to Kuala Lumpur.

He forged boarding passes so he could enter various transit lounges and was jailed two weeks for forgery.

But with Changi Airport's public transit area looking as posh as some hotels here, would you even need access to a lounge to spend the night if your connecting flight is a good day or two away?

If you have some time to kill, Changi Airport may be one of the best airports in the world to do that.

Here's what I did during my last flight.

Initially, I was a kid in a toy store.

There were magnificent gardens that held my attention for half an hour each, and I visited all of them.

To be honest, I never even knew some of these existed in the transit areas and I thought back to all the times when I went straight for my flight, ignoring all these facilities.

Food options are also aplenty and you will never run out of things to eat, especially with affordable Singaporean food at two food courts.

With my trolley, I must have circumnavigated all three terminals more than 10 times on Skytrains, clutching onto my duty-free shopping bags and several woodblock prints I made from the "woodblock rubbing stations".

Window shopping is also an option, especially with stores by posh retailers such as Gucci, Hermes and Burberry dotting the terminals.

But sightseeing got old very quickly. Take away the gardens and the attractions, and Changi Airport is just like any other.

To pass the time, all you really need is a nice chair with ready access to an electrical outlet for your devices, which is readily available everywhere.

If your connecting flight is more than 24 hours away, you could either spring upwards of $50 for a six-hour block at one of the transit hotels, or lay your head on one of the many snooze lounges free of charge.

Going the free route seems like a no-brainer, considering how plush the transit area looks.

But as comfortable as the recliners are, it will be hard for anyone to get some decent shut-eye for an extended period.

The bright overhead lights could keep you awake, as could the generic and repetitive lobby music that just would not stop playing.

The frequent flight announcements coming from the PA speakers do not help either.

A spokesman from Changi Airport said the ambient music is meant to "contribute to a pleasant environment for our passengers", but I started to suspect if it was really to keep them awake so they do not miss their flight.

You would have to keep an eye on your belongings - you would have little recourse if someone took your things and boarded a flight shortly after.

At night, airport police patrol the transit areas, politely waking up travellers to check on their boarding passes.

If you're the sort who often falls asleep with the TV on, then maybe you should head to the movie theatre to catch a free late-night flick.

It is not as comfortable as the snooze lounge recliners, but at least there are fewer distractions.

You probably do not want to pop up at your connecting flight without freshening up a bit.

Public toilets are free to use and they are as clean as they are spacious. But you will have to shell out $16 to bathe at pay-per-use lounges.

There are also no laundry services in the transit area and I was not going to wash my soiled clothes in the sink and dry them out in the airport.

So would I recommend giving a transit hotel a miss and roughing it out at the general transit area if you have a really long stopover?

Honestly, I would do it only if I absolutely had to.

Despite getting bits of shut-eye here and there, I was a zombie on the move and had little love for the butterfly garden and the koi feeding session that wowed me previously.

I managed to chat with a British gentleman with a six-hour stopover, and he helped me with some perspective on why, despite Changi Airport being voted the best airport for sleeping in by The Guide To Sleeping In Airports, spending the night there is not all it is cracked up to be.

Like me, he was excited at the idea at first, but then he said: "You know, that's why they call it a transit area for a reason. You're in purgatory and it's not home."

If you do not have a connecting flight, you are to clear immigration and exit the transit areas.

"Passengers who enter the transit hall with a boarding pass should only be there for the purpose of travelling to their next destinations.

"Transit passengers are allowed to stay in Changi's transit areas until their next connecting flight at Changi within the next 72 hours."

With more than 55 million passengers travelling through Changi Airport every year, of which 30 per cent are transit passengers, the airport seeks to provide passengers with a pleasant experience.

But overstay, and you may run afoul of the law. A police spokesman tells TNPS that the airport police division conducts patrol and regular security checks on persons in the transit areas "to ensure the safety and security of all passengers".

The police said on Thursday that the transit areas of Changi Airport are gazetted as a protected area and they warned people against abusing their boarding pass privileges.

Earlier this month, a man and a woman were arrested after they misused their boarding passes to enter the transit area.

They allegedly did it to buy Apple's new iPhone 7 and had no intention to board a flight.

Those who misuse their boarding pass to enter the transit areas, with no intention of proceeding to their next destination, are liable for an offence under the Protected Areas and Protected Places Act.

Previously, the police had also given similar warnings to fans who would buy a boarding pass and enter the transit area just to be closer to arriving celebrities.

Mr Rajan Supramaniam, a lawyer at Hilborne Law LLC, says that having a valid reason to be in a protected or restricted place acts as a "shield" for people to be there. Without such a reason, a person could be found guilty of criminal trespassing.

Mr Rajan says: "There needs to be valid grounds for people to be in a protected place.

"When you are in a protected place but unauthorised, when you have no reasons to be there, then it could be seen as criminal trespassing."

Reasons like waiting for a flight, having a medical emergency or even getting stuck in the toilet, all these act as a "shield" if the authorities ask why you are there, he explains.

"The trigger for the authorities to take action would be suspicious activities," Mr Rajan says.

"If a person was involved in such activities, there will be security checks to see if he has a good reason to be there, so he can shield himself.

"But if you do not, it could be seen as unauthorised access because the airport is not a public place."

When asked if overstaying in a transit area without a valid reason is trespassing, Singapore Management University law don Eugene Tan says he "certainly thinks so".

According to Prof Tan, criminal trespassing does not take into account a person's intention.

Mr Tan says: "You need not have intended to break the law by trespassing, but because of the nature of the protected place, it is not a situation of wanting to stay there and then being able to.

"Once he or she does not have a valid reason to be there, a person would have trespassed or breached a regulation that would govern the access and use of transit areas of Changi Airport."

Related Stories
Best airport in the world? Changi Airport, according to Reddit's pilots and flight attendants
Ever wondered where the mysterious staff canteen at Changi Airport is located at?
More About:
Changi airport
arrest
jailed
airport