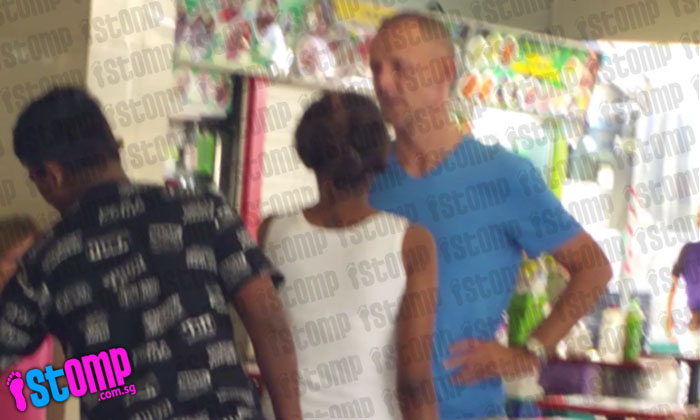 Stomper TSN was incensed to see a girl, who was being scolded and beaten by a guy at West Coast Hawker Centre at 5pm, scold a man who tried to help her.

The Stomper was at the hawker centre yesterday (June 6) at 5pm when he saw the guy scolding the girl.

TSN also said he hit the girl, which prompted a Caucasian man, who was there with his kids, to step in. He told the guy that he should not be hitting a woman.

However, the girl responded to this by scolding the man who stepped up to defend, according to the Stomper.

"She said he was nosey and even used vulgarities on him," said TSN.

"She even told him to go back to his country.

"This couple really is a disgrace to Singapore."

Was the girl being ungrateful for scolding the man who stepped in to stop the fight or should he have minded his own business?

We would like to hear from you. Share your opinions in the comments below or write in to stomp@stomp.com.sg.