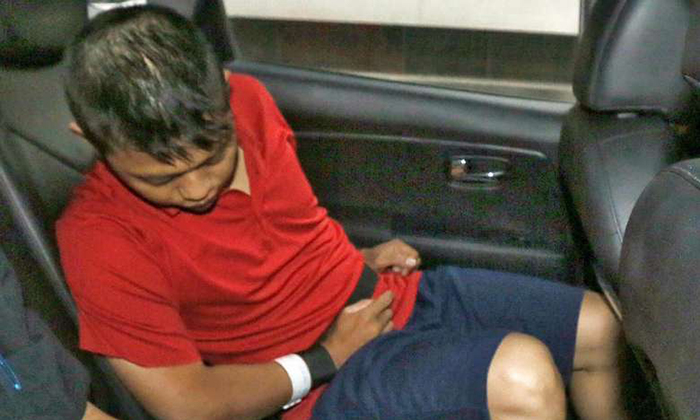 A 37-year-old man was on Monday (Aug 15) charged with the murder of his wife in Yishun.

Mohamad Jonit Adnan is accused of causing the death of Ms Sri Idayu Ghazali, 29, at about 9pm on Saturday at Block 342B, Yishun Ring Road.

The charge of murder with intention, which carries the mandatory death penalty, was read out to Jonit in Malay by a court interpreter.

District Judge Christopher Goh granted the police prosecutor's request to remand Jonit for a week at Central Police Division, with permission to be taken out for investigations.

Clad in a red polo T-shirt, Jonit showed little expression in the dock and nodded his head as the judge spoke.

He did not have a lawyer.

The case will be mentioned again next Monday (Aug 22).

It is not known how Jonit carried out the killing.

According to The New Paper, Ms Sri Idayu was a clerk who moved into the flat about a year ago with her family, including two daughters, her parents, her sister and a maid.

Neighbours reportedly heard loud quarelling from the unit at about 8pm on Saturday and then, loud piercing screams, followed by silence.

In a statement on Sunday, the police said they received a call for help at about 9pm on Saturday.

Officers found Ms Sri Idayu injured and she was taken to Khoo Teck Puat Hospital where she was pronounced dead at about 4.30am on Sunday.