Long queues at checkpoints as Malaysians head home for CNY 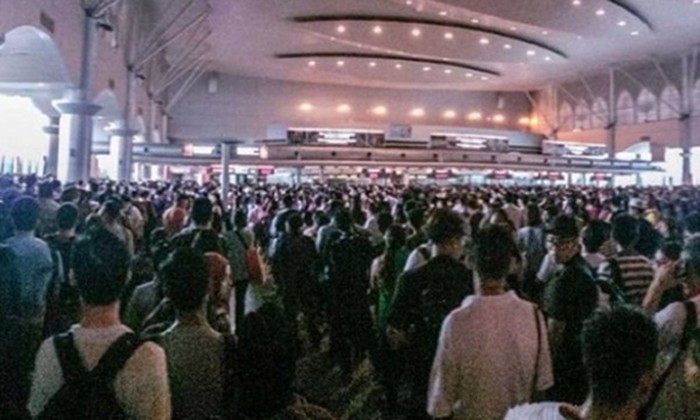 Long queues of people and vehicles could be seen at the Woodlands Checkpoint and the Johor Bahru Customs, Immigration and Quarantine (CIQ) Complex across the border, as thousands of Malaysians headed home for Chinese New Year.

Long queues of cars on the roads leading into Woodlands Checkpoint had formed by early Saturday morning, Lianhe Wanbao reported.

A reader told the Chinese evening daily that the vehicle queues stretched for several kilometres all the way up to the Johor Bahru CIQ complex, with an estimated two or three hours needed to pass both checkpoints.

Many of those at the checkpoints were Malaysians working in Singapore who were returning to their hometowns to celebrate the new year.

There were also those who were going to Johor Bahru for last-minute Chinese New Year shopping, which added to the congestion.

Some pedestrians reported being stuck in queues for close to two hours.

At the departure halls at both checkpoints, cries of "do not jump the queue" could be heard.

One pedestrian told Malaysian Chinese newspaper Sin Chew Daily that he saw a large crowd of people trying to climb the stairs at the Johor Bahru CIQ complex as the elevators were not working.

"The immigration hall was packed with people, with many impatient commuters trying to cut the queue," he said.

He said that although there were only a few immigration officers helping to maintain order, he did notice a number of first aid personnel stationed at the hall to help those who sustained injuries or had breathing difficulties.

According to the Land Transport Authority's Checkpoints Traffic Information Hotline, traffic conditions at both the Woodlands and Tuas checkpoints in the direction of Johor Bahru were free-flowing at 10pm.