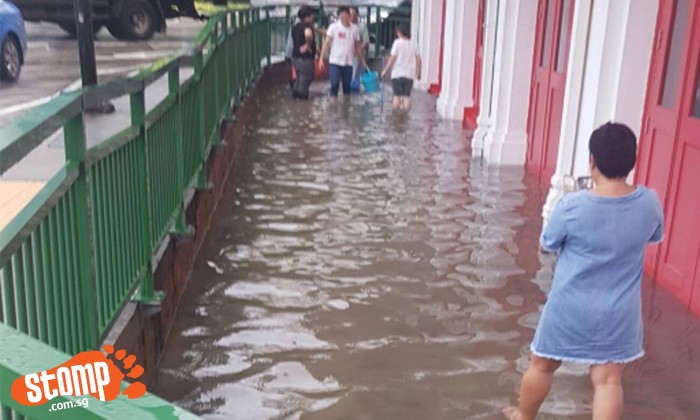 Though rainy days are undeniably perfect days to cuddle and sleep in, this rainy Wednesday however, triggered an unexpected flood and power outage at Uber Hub located along 29 Paya Lebar Road.

Stomper Muhsin was alone in the Uber office when water gushed into the building at around 2pm, reaching up to his ankles.

“It was raining heavily since 1.50pm. I was there to apply as an Uber driver when suddenly, water from outside the building entered.

“There was a blackout and we were told to evacuate the vicinity.

Stomper Md was also there at Uber Hub with his brother-in-law when the flood and power failure occurred.

"I was honestly quite shocked.

"When it came to my turn, there was a sudden power outage. The next thing I know, the carpeted floor was soaked with water."

According to the Stomper, Uber staff had to quickly stack up the stools in the office and many began to roll up their pants.

Everyone was then told to leave the building and that service would only resume the day after.