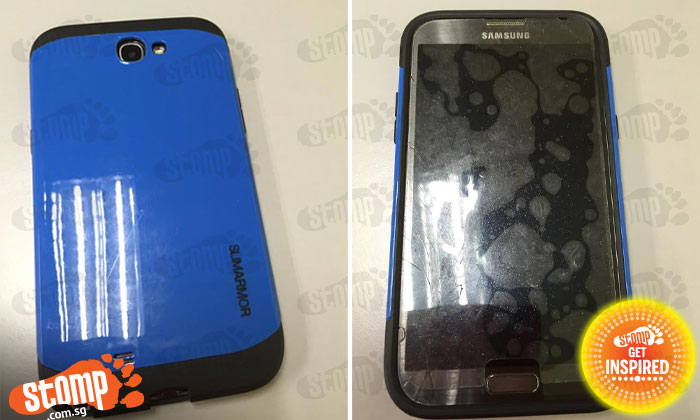 A cleaner named Maghabub named found a Samsung handphone at Jurong West Avenue 1 this morning (7am).

He then passed the phone to Stomper Janet who is the manager of the Resident's Committee of the area.

Janet told us she was looking for the owner of the phone and thought that Stomp would be a good platform to help track down the owner.

The phone has a cracked screen and a blue cover.

Said the Stomper with regard to the phone:

"The phone has been locked so I cannot do much.

"I cannot even answer it when the owner tried calling the phone or reply the texts he or she sent.

"Hope I can go through Stomp to track down the owner.

"At the same time I also want to commend the cleaner Maghabub for being honest and handing over phone to me."

Kindly contact Stomp at stomp@stomp.com.sg if you are the owner or if you know the owner.

More About:
get inspired
heartwarming
lost