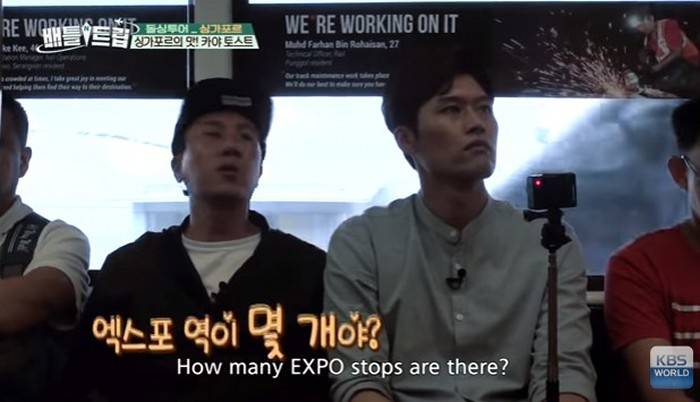 KBS World TV uploaded the episode on YouTube on Jul 10.

After some researching, they decided that they wanted to try our traditional breakfast of Kaya toast and eggs.

They made their way via MRT from Changi Airport to Raffles Place.

"Ten stops, the journey should take about 30 minutes," they concluded they have time to sleep.

They then proceeded to doze off, setting an alarm just in case.

However, hilarity ensued when they did not realise they have to switch lines at Tanah Merah.

They ended up going back and forth between the Changi Airport and Tanah Merah stations for one hour -- before realising that they have heard 'Expo' over and over again.

"I thought the EXPO must be huge," Kim reasoned.

They saw everyone getting off at Tanah Merah, but figured that since there were people getting on, they must be still on the right track.

After they were finally on their way, they have already spent an hour on the MRT.

Finally with some help, they managed to find their way to Ya Kun at Raffles Place.

Thankfully, they also realised they should put some soy sauce on their soft-boiled eggs... after a few mouthfuls.