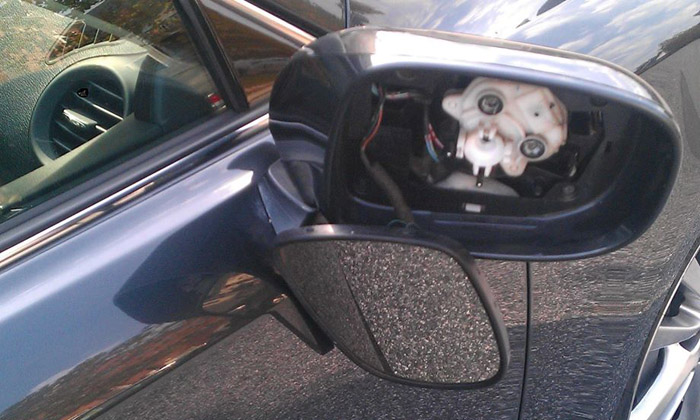 A GrabCar driver confronted a motorist for sounding his horn and punched the right side mirror of his car, dislodging it.

Muhammad Fazli Mustaffah, 34, was jailed for one week for mischief on Monday (July 11) after admitting to the offence at the junction o Mountbatten and Crescent roads on Oct 3 last year.

He has made full restitution of $960 to businessman Aasit Chandrakant Gandhi for the damage caused to the 51-year-old's car.

Mr Gandhi then sounded his horn.

When both cars stopped at the junction of Mountbatten and Crescent roads, Fazli alighted and asked Mr Gandhi aggressively why he had sounded the horn.

Mr Gandhi wound down his window slightly and tried to reason with Fazli.

But Fazli got more agitated and threatened Mr Gandhi, saying he had just been released from jail and would not mind going back in.

Fazli then punched the right side mirror, returned to his car and drove off.

Fazli, now unemployed, had a conviction in 2013 for causing hurt by a rash act.

Seeking a short jail sentence of one to two weeks, APP Puvaneswari said the case was akin to road rage.

She said it was road hooliganism as Fazli had confronted and tried to bully the other driver, and it was totally unprovoked.

It was in the public interest to deter motorists from behaving in such a manner.

Fazli said in mitigation that he had signalled before changing lane.

He said he stepped on his accelerator as the other driver had flashed and sounded his horn at him twice.

"Let him horn, let him flash. You just pretend nothing happened, You just go on your way. He is going to be more angry and frustrated with you. Go and drive on and nothing would happen,'' he said.

Fazli said he realised his mistake.

The judge took into account that Fazli had pleaded guilty, and though not working, had made full restitution to the complainant.

He said the courts have been very clear and consistent in road rage cases, and have always imposed custodial sentences, and the reason is very, very clear.

"No one, no motorist in Singapore, is allowed to take the law into his own hands, especially in a country as small and congested as ours,'' he said.

The maximum punishment for mischief is two years' jail and a fine.