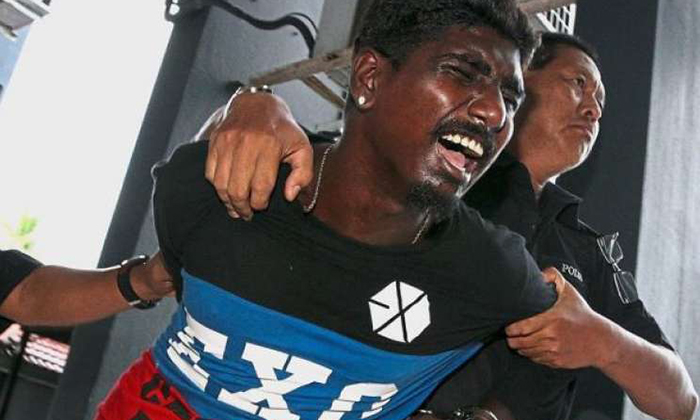 M. Herry Dass, 26 was shocked when his father told the judge presiding over his gang robbery case that he did not want to post bail for his son.

According to the Straits Times, the incident happened yesterday (Dec 7) at the Sessions Court in Malaysia.

Henry Dass had gotten into trouble multiple times before and his father always bailed him out.

This time, he was granted bail of RM3,000 (S$959) by the court after he claimed trial to a charge of gang robbery, which carries a maximum 20-year jail sentence.

His father, V. Mariadass told the court calmly: "I no longer wish to post bail for my son."

Herry Dass got down on his knees and wailed "appa, appa ... please, please, please", ignoring repeated warnings by the judge to stop or face contempt charges.

The judge gave Mr Mariadass time to think through his decision but he still held firm to his decision: "Yes, I'm very sure about my decision. I stand firm in my decision."

Herry Dass then started wailing and begging his father as the policemen handcuffed him and dragged him out of the courtroom.

His father told reporters that his son had been in trouble with the law multiple times: "This is his third or fourth run in with the law within 10 years and I've had to borrow as much as RM20,000 to pay his fines."

The 55-year-old labourer who works at the Kuala Pari wholesale market."He doesn't listen. He never learns and I'm fed up."

Related Stories
'One-eyed Dragon' Tan Chor Jin's accomplice found guilty after 9 years on the run
24-year-old Singaporean killed by gangster in Pakistan: He was shot 8 times
S'pore man gets attacked and robbed of $2,400 in Johor: 'It was the longest 10 minutes of my life'
'Getting robbed at gunpoint is a 'violation' of company policy' claims pizza company -- and forces employee to pay fine