Exclusive video shows coming your way on SPH sites: Here's how you can catch them 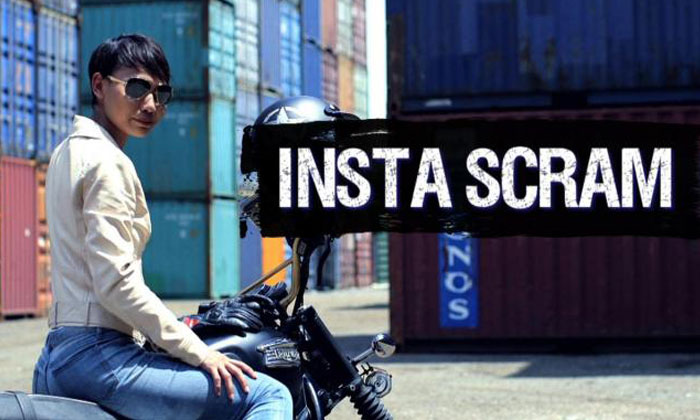 The programmes will feature local content produced in both English and Mandarin on key themes such as current affairs, culture, sports, entertainment and lifestyle. Each episode will span 3 to 8 minutes in length and will be made available to audiences across SPH’s digital content network.

Mr Alan Chan, CEO of SPH, said: "With the digital medium becoming increasingly visual, videos are an important and growing segment of digital content consumption. We are pleased to be working with IMDA to contribute meaningfully to Singapore’s PSB media ecosystem."

The first series, “InstaScram”, launches on 25 November across various SPH sites and platforms, including AsiaOne and STOMP. The fortnightly programme is a socially-networked, local travel show that features "Instagram-worthy", heritage locations around Singapore inspired by our viewers.

Other anchor series include “AskST”, a programme produced in conjunction with The Straits Times' Ask ST initiative that aims to educate Singaporeans by curating and answering readers’ questions, and “Why It Matters”, a Chinese-language animation series that explains major global issues and trends, and their relevance to and potential impact on Singaporeans.

“The convergence between infocomm and media presents fresh opportunities to showcase and deliver compelling content to a wider, and increasingly digital savvy audience. IMDA is delighted to partner SPH on this initiative to introduce a slate of informative and entertaining PSB content on its digital platforms,” said Mr Gabriel Lim, CEO, IMDA. “We hope our collaboration with SPH, known for its strength in factual content, will continue to encourage Singaporeans to watch and appreciate local productions.”

InstaScram: A socially-networked local travel programme that brings our presenter to "Instagram-worthy" and historical/heritage locations around Singapore. The inspiration for these locations come from Instagram users, and the content will be seeded back into the local Instagram community by crediting idea contributors, as well as being distributed on various social networks.

ST Sessions: A music programme featuring interviews and intimate live performances with local musicians, both established and emerging. International and regional acts will also be curated to appear in at least two shows per season.

Heroes Among Us: Inspiring stories about young Singaporeans who have been tested by hardship and have come up on top. This web-series also showcases youth with talent, those who are different, or those who pursue their convictions.

AskST: Produced in conjunction with ST's Ask ST reader engagement initiative, this series brings the newsroom's seasoned writers in front of the camera to answer readers' questions on health, finance, cars and more. Bridget's Adventures: Join journalist Bridget Tan as she tries out the craziest activities Singaporeans participate in, and if they're not crazy enough, she'll up the ante and take on challenges issued.

Living City: A series featuring some of Singapore's overlooked spaces. The series will feature interviews with long-time residents, business vendors and frequent-visitors of the place. The story will include the history and facts of the living space, and is essentially a short documentary that weaves human stories with the story of the places people dwell in. Locations chosen to be featured need to hold some importance to the collective Singaporean memory and could include those at risk of being demolished or reacquired by the Government.

The Newsmaker: The series locates past newsmakers and aims to understand how their lives have changed since they have made headline news. Through the series, audiences would also be taken on a journey to revisit major Singapore-related news milestones that these newsmakers were a part of.

Why It Matters: A video animation series explaining major global issues through infographics and illustrations, providing insights into why these issues are relevant in the Singapore context. The series serves both local and overseas Singaporeans with the objective of keeping them well-informed and encourages them to be more outward-looking at the same time.

A Little Somebody: The programme sets out to promote the spirit of learning by featuring young teens aged seven to 12 who are already particularly good in a specific area or who display exceptional passion for an interest in which he/she outperforms his/her peers.

Live Your Dream: The programme aims to promote a positive outlook in life by assisting individuals to achieve a personal dream such as picking up a skill, executing a task or finding a long-lost someone.