Driver injured after accident involving BMW and Mitsubishi near SGH 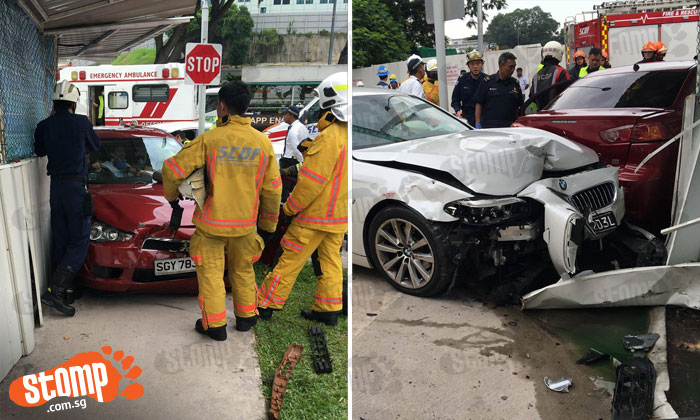 Stomper M came across the scene of an accident yesterday (Aug 1) at around 10.30am opposite Block 9 of Singapore General Hospital (SGH).

A white-coloured BMW and a red-coloured Mitsubishi were involved in the accident.

The Stomper is unsure what happened but he said that driver of the Mitsubishi was injured.

Photos sent by the Stomper show both cars on a pavement by the road.

The front bumper of the BMW was severely damaged.

SCDF personnel as well as paramedics were at the scene attending to the to accident victims.

"We used hydraulic tools to extricate two people from the vehicles.

"Four people were conveyed to SGH."