Seriously guys, the game is not worth your life! 'Crazy' crowd near Block 401 in Hougang rushes across road to catch Pokemon 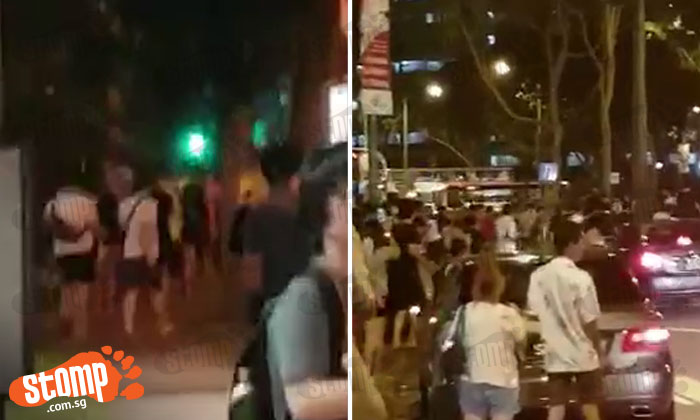 A Stomper came across a group of people near Block 401 in Hougang endangering their own lives while playing Pokemon Go.

In a video she sent, a group of around 30 people can be seen recklessly dashing across the road to get to a Pokemon that appeared on the other side.

A car and a van had to slow down to give way to the jaywalking pedestrians.

Said the Stomper in a WhatApp message:

According to The Straits Times, Block 401 in Hougang Avenue 10 has gained a reputation for being a hub of virtual activity, with "rare" Pokemon such as Gyarados reportedly spotted there.

On top of the noise from large gatherings, numerous players have also posted in the Facebook group documenting the litter - discarded food, drink bottles, and cigarette butts - that is left behind after crowds disperse.

Pokemon Go players out there, while you are having fun with the game, do remember to be considerate and above all, do not disregard your own safety!