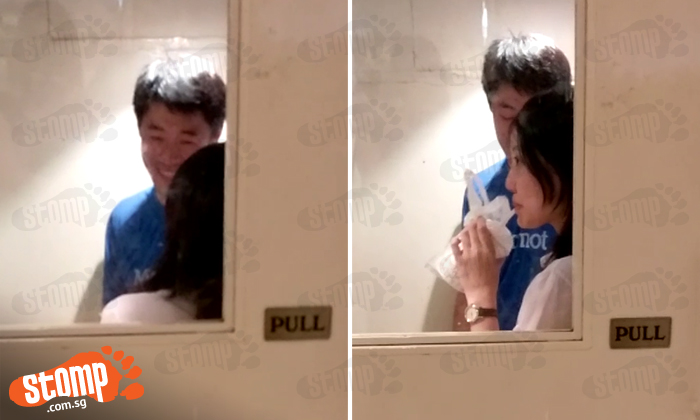 A Stomper noticed a couple hogging a lift meant for handicapped people at Suntec Tower Two on June 25, despite a wheelchair-bound man and his family waiting to use it.

According to the Stomper, the couple, who had a pram with them, used the lift to go up and down multiple times even though they saw the disabled man.

She told Stomp in a phone interview:

"First, the husband took the lift up and the wife entered. Then they went down, came back up, and went down again.

"And the whole time, there was a person on a wheelchair waiting to use the lift.

"I called the security but the couple had already left by the time we came back."

The Stomper added that the couple kept smiling among themselves throughout the incident, as seen in a video that she had filmed.