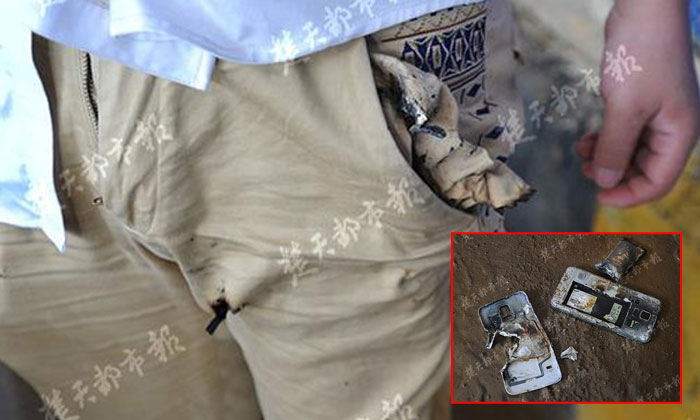 A man from Wuhan, China was walking down the road when he suddenly felt a burst of heat on his thigh.

According to Shanghaiist, the man's mobile phone had exploded in his pocket spreading heat down his leg.

Acting quickly to avoid injury, the man stripped off his pants and threw the burning phone to the ground, not caring that he was out in public.

The phone is reportedly a Samsung model SM-G9009W.

Reports say that the man's pants were singed and had holes burnt through them.

There was also a strong scent of smoke at the scene.

The man told reporters that he had purchased the phone in 2014 and said that it would occasionally become hot after too much use but nothing like this had ever happened before.

He noted that if he had not acted quickly, he could have been seriously injured and is seeking answers from the manufacturer.