Car goes downhill while being parked at Upper Bukit Timah 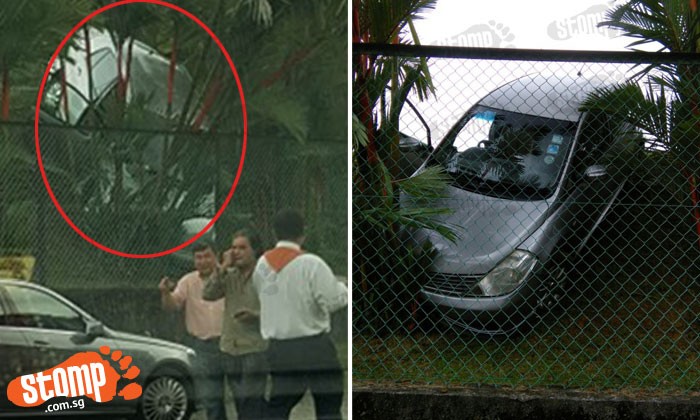 Someone needs to check their parking skills as car ends up at a slope going downwards at Block 620 Upper Bukit Timah at Saint Joseph's Church carpark.

Stomper Xina was going to the church yesterday (Oct 30) at around 11.30am with her mother.

As Xina drives closer to the church, her mother asked her if she can see 'the car'.

Xina, thinking it was a car which stopped before her,  looked up and instead saw a car, perched on the slope.

According to the Stomper, a tow truck and an ambulance arrived soon.

She said, "The tow truck did take some time pulling the car out."

Singapore Civil Defence Force has confirmed that the man did sustain minor injuries.

However, he refused to be sent to the hospital.