Car flips over after accident at Mountbatten Road 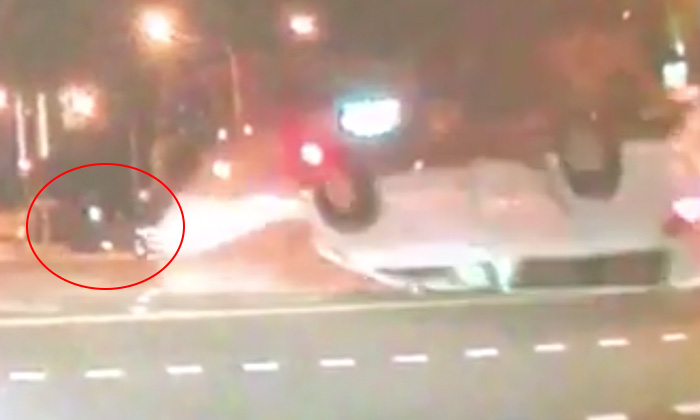 A video circulating on Facebook shows an accident where a car had flipped over along Mountbatten Road junction turning right to Guillemard Road on Monday (Dec 19) at 1.30am.

The video below features a short footage captured by user Nelvin Quek's front car camera that shows an unsuspecting car travelling on the lane opposite when another car suddenly enters from the right and collided into the former vehicle.

The caption of the video reads:

"I (Nelvin) went down to assist him out of the car together with other motorist.

"I left after assisting him out of the car safely."

"The number of times cars pass me driving like maniacs, only to end up in the next lane at the traffic lights, so nothing gained from changing lanes, undertaking, cutting up, for the sake of a few seconds.

"It's time to slow down, drive defensively and save lives."