Is Briton Anton Casey, whose posts online sparked a furore in 2014, back in Singapore? 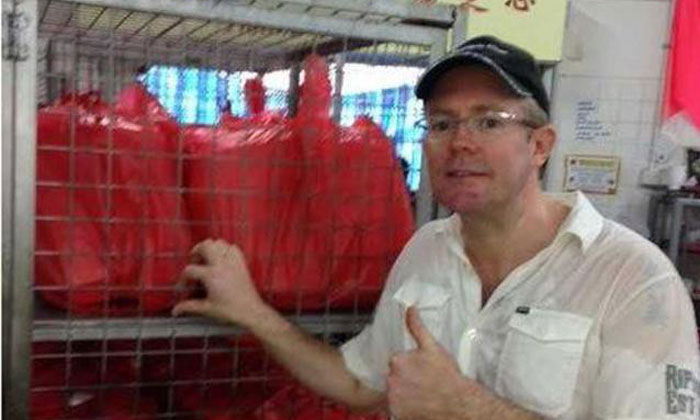 Anton Casey, the British expatriate whose comments on social media in 2014 sparked such an outrage that he lost his job and left Singapore, may have returned to the country.

The Independent reported on Thursday (July 14) that Casey is back in Singapore and is now the investment manager of Football Finance Note, which is run by Swiss Asia Financial Services.

According to its website, Swiss Asia Financial Services has offices in Singapore and Hong Kong.

In 2014, Casey posted a photo of his young son on the MRT with the caption: "Daddy, where is your car and who are all these poor people?" on social media.

He followed up with a photo of his son in a Porsche with the caption: "Ahhhhhhhh, reunited with my baby. Normal service can resume, once I have washed the stench of public transport off me!"

His posts angered many in Singapore, even leading Law Minister K. Shanmugam to post a response on Facebook, calling Casey's comments "deeply offensive, wrong and unacceptable".

Casey lost his job at wealth management firm Crossinvest (Asia), and was forced to leave Singapore with his family for Perth in Western Australia, after threats were reportedly made against them.

The Independent had apparently tracked down Casey's whereabouts from a post he made in April 2016 on Quora, a community-based question-and-answer website, where users can post questions that will be answered by other users.

A user named Anthony S Casey had posted a reply to the question: "What is Singapore's well kept secret?"

In the post, Casey, who described himself as having lived in Singapore for many years, says that Singapore's philanthropy groups "are the city's best secret".

He goes on to describe how he has contributed to organisations such as the Community Chest and Willing Hearts, a charity that prepares and distributes meals to the needy.

He even posted a photo of himself next to packed meals waiting to be delivered to beneficiaries.

He also included links to his personal website, which details his philanthropy work.

A search online shows that Casey has more than one personal website.

On http://anthonyscasey.org, there is an article titled "3 Great Singapore Charities", in which Casey appears to write about himself in the third person.

It says: "Such a prosperous and educated society is also conscious of their privilege and need to take care of those less fortunate then them (sic). Anthony S. Casey would like to highlight some of the organisations that aspire to make the lives better for everyone in Singapore."

On yet another website, http://anthonyscasey.com/, under the heading "Community Service", Casey's charity work with organisations such as the Autism Research Centre and Action for Aids Singapore is mentioned.

It also lists Focus on the Family, Pimp my Tuk Tuk, and the Nias Orphanage in Indonesia as other groups he has contributed to.

The website also says that he currently divides his time between Singapore, Australia, Spain and London, with his wife and son.