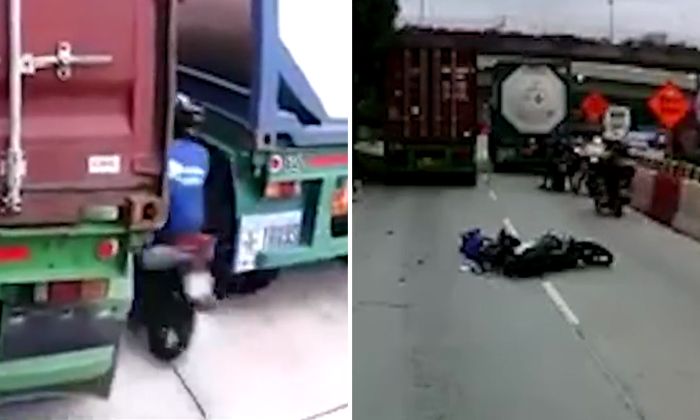 A motorcyclist was allegedly killed after being run over while trying to ride between two heavy vehicles along Jurong Town Hall Road, just before West Coast Highway.

A video uploaded by Roads.sg and credited to user Fai Kor shows the tragic accident.

The biker can be seen riding into a small gap in between two container trucks, only for the vehicle on the left to run over him and his motorcycle.

According to the video caption, the victim died.

In response to media queries, a spokesperson for the Police told Stomp:

"On 24 November 2016, Police were alerted to an accident involving a trailer, a tanker and a motorcycle along Jalan Buroh.

"A 42-year-old motorcyclist was pronounced dead by paramedics at scene.