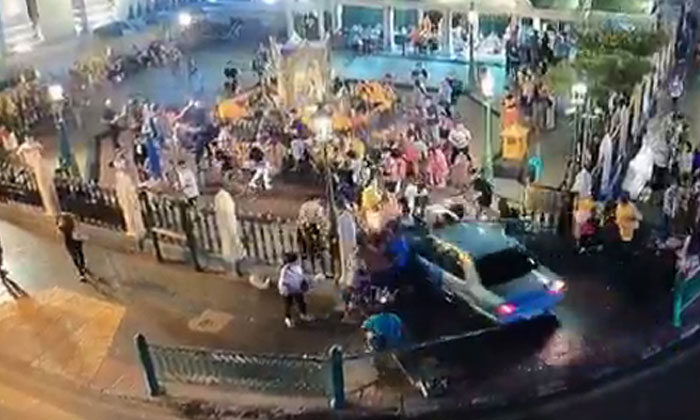 Two Singaporeans were injured after a driver ploughed her car into Bangkok's Erawan Shrine on Friday (Jul 23) at about 8.20pm.

Stomper Kelvin sent Stomp a video of the incident on WhatsApp.

The video shows a blue sedan veering off a road and slamming into a crowd at the grounds of the shrine.

Footage of the incident has gone viral on social media.

According to The Straits Times, three men and four women were injured.

Among them were two Singaporeans, reported Bernama.

The injured individuals were sent to a nearby medical facility.

"A lady had epilepsy while driving and couldn't control the car which went into Erawan Shrine."

The shrine, a popular place of worship and tourist attraction was the site of a bombing in August 2015 that left 20 dead and scores injured.