26 China-made MRT trains shipped back for repairing of defects 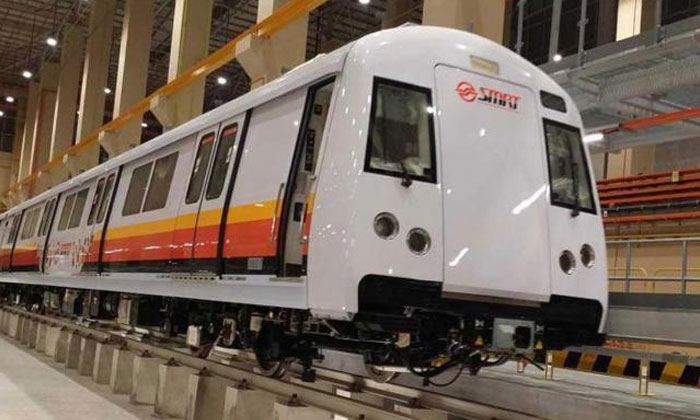 Nearly three-quarters of Singapore's first batch of China-made MRT trains are being shipped back to their manufacturer due to cracks in their car bodies and structural components.

Train operator SMRT said in a Facebook post that its engineers discovered that 26 of the 35 C151A trains delivered by China Southern Railway Qingdao Sifang Locomotive and Rolling Stock Company (CSR Sifang) and Japan's Kawasaki Heavy Industries had cracks in the structure connecting the car body and the bogie.

CSR Sifang and Kawasaki Heavy Industries had won the first contract to supply 22 six-car trains for the North-South and East-West Lines in 2009 for $368 million, The Straits Times reported. The trains had been delivered in 2013.

"Since then, we have been working closely with LTA and the manufacturer to rectify the issue. The defective trains, which are still under warranty, will be repaired by the manufacturer," SMRT explained.

In response to media queries, a Land Transport Authority (LTA) spokesperson clarified that the defects found on the train body are not safety-critical and do not affect the train's systems or performance.

"Trains on the rail network are extensively tested to ensure the safety and reliability of the train. Every train also undergoes a comprehensive regime of static and dynamic testing as well as interface testing to ensure its structural and operational integrity," LTA added.

News that the trains were being sent back was first reported by online news portal FactWire, which reported that some of the trains had glass next to the passenger seats that repeatedly shattered. Cracks were also reportedly found in the trains' sub-floor, a compartment under the passenger floor holding the equipment box and electrical wires.

The Hong Kong-based investigative news agency also reported that one of the trains' uninterruptible power supply batteries exploded during repair in 2011. While there were no injuries, the manufacturers reportedly replaced the China-made batteries with German-made ones.

SMRT also suspected that malfunctions along the North-South Line in 2011 had been caused by the C151A trains, and subsequently reduced the frequency of the trains and asked to delay payment for extra trains of the same series, FactWire reported.

However, FactWire reported that Kawasaki Heavy Industries had taken over manufacturing of the flawed aluminium train car body since last year.