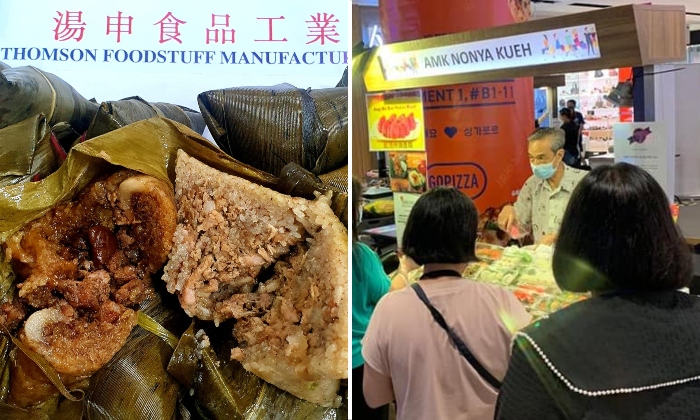 The Singapore Food Agency (SFA) has lifted its ban on four more of the nine kueh manufacturers that it had previously penalised for having higher than permitted levels of sorbic or benzoic acid.

Both chemicals are used in food preservation and allowed in only the filling of kueh products, within permissible limits.

The tests were conducted by accredited third-party laboratories, and adequate measures have since been put in place, in compliance with Singapore food regulations, added the SFA.

The latest update comes after the SFA said last Friday (July 29) that it was reviewing internal procedures to ensure that food safety requirements are communicated accurately to manufacturers.

The SFA said that it had given incorrect information to Tiong Bahru Tian Bo Shui Kueh that a certain limit of sorbic acid was allowed in kueh products.

Notwithstanding the miscommunication, SFA's inspection in April found high levels of sorbic acid in two of the manufacturer's kueh products that were over the permissible limit.

After an investigation, Tiong Bahru Tian Bo Shui Kueh and eight other local kueh manufacturers had their operations suspended on July 26 for having higher than permitted levels of sorbic or benzoic acid.

The nine could not make, distribute or sell kueh products until further notice.

In a separate media statement on Tuesday, the SFA said that food additives like benzoic acid and sorbic acid are used to provide specific technological functions such as to preserve food or add colour or texture to it.

They may be used only when they do not present any health risks to consumers, when there is a technological justification, and when their use does not mislead consumers.

Benzoic acid and sorbic acid are allowed for addition into fillings like red bean paste and lotus paste, for example, as there is an established technological justification for use in these products.

These fillings are purchased in larger bulk packages to be used as an ingredient in kueh products over a period of time, and the use of benzoic acid and sorbic acid helps to extend the shelf life of the fillings.

Permitted levels of the two chemicals vary, depending on the type of filling.

The SFA said kueh products are typically made fresh for sale, with a short shelf life, displayed and sold at room temperature, for consumption within the same day (or the next, if refrigerated).

Hence, the further addition of benzoic acid and sorbic acid into kueh products is not considered to be technologically justified.