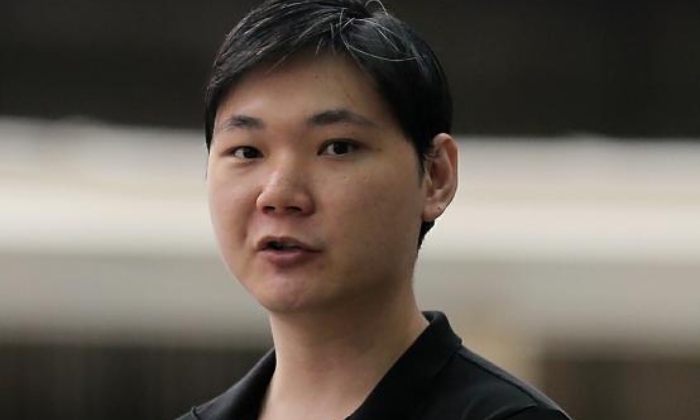 A man who has been in and out of jail since 2011 over sex offences involving multiple women is back behind bars again for similar crimes committed in 2019 and last year.

Appearing in a district court via video-link, Jee Guang You, 33, was sentenced on Tuesday (Jan 5) to 19 months' jail after pleading guilty to molesting an 18-year-old and insulting a 39-year-old woman's modesty in separate incidents.

The Singaporean man was earlier sentenced to six months' jail and fined $600 in 2011 after committing similar offences.

He reoffended after his release and was sent to jail twice just two years later - once for insulting a woman's modesty and another time for molestation.

Jee was later found to be suffering from abnormal sexual urges and was sentenced to a year's mandatory treatment order (MTO) in 2016 for peeping at women in public restrooms.

This means he had to undergo treatment to address his mental issues in lieu of jail time.

But the MTO was revoked when he reoffended yet again and was sentenced to 19 months' jail in 2017.

Jee still had not learnt his lesson despite his multiple jail terms and committed similar crimes in 2019 and last year after his last release from prison.

He was at a lift lobby of a Church Street building near Raffles Place at around noon on June 24, 2019, when he spotted the 39-year-old woman.

Deputy Public Prosecutor Huo Jiongrui said that Jee then decided to hold his mobile phone under her skirt "for the thrill of it".

The pair took the same lift down before going their separate ways.

Jee was caught after security officers viewed closed-circuit television footage of the area and saw him behaving in a suspicious manner. The police were alerted the next day.

Separately, he was riding on a train towards Jurong East MRT station at around 9.30am on March 23 last year when he spotted the younger woman.

Jee then sat beside the teenager who nodded off soon after. The court heard that he found the woman attractive and "felt like he wanted her to be his girlfriend".

The DPP said: "He started to lean in closer to her. When his shoulder touched hers, she did not react. The accused got excited and wanted to see how much further he could go."

He molested the woman who woke up after she felt somebody touching her chest. She saw Jee sitting beside her and tried to snap his picture but he turned away.

She tried to chase after him when the train pulled up at Jurong East MRT station but he managed to get away. The woman lodged a police report at around noon that day.

For molestation, Jee could have been jailed for up to two years and fined or caned.

And for insulting a woman's modesty, he could have been jailed for up to a year and fined.