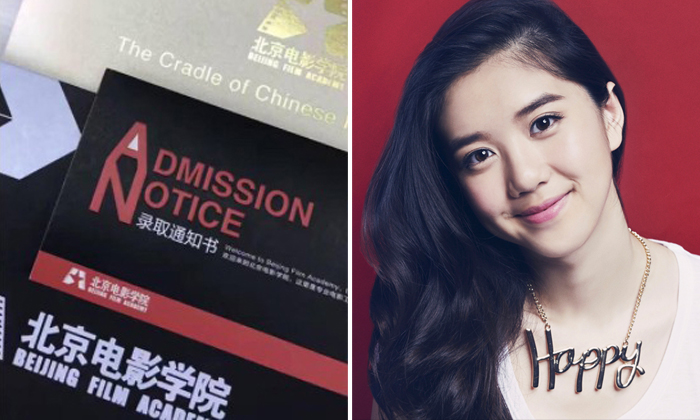 Eleanor Lee, the 17-year-old daughter of local television host Quan Yifeng, has been admitted into the prestigious Beijing Film Academy.

According to The Straits Times, the prestigious school had produced stars such as Zhao Wei and Huang Xiaoming.

Lee, whose father is former Channel 8 actor Peter Yu, shared a photo of her admission card on Instagram in a July 28 post and wrote, "You can try, but there's only one of me."

Her mother also shared the good news on Facebook, writing in Chinese: "Congratulations, mama definitely believes and supports your choice! Beijing Film Academy welcomes you. You will be a university student in September!

"You must know... mama waited for so, so long before this happiness finally landed on us.

"Thank you, really thank you, for being my daughter."