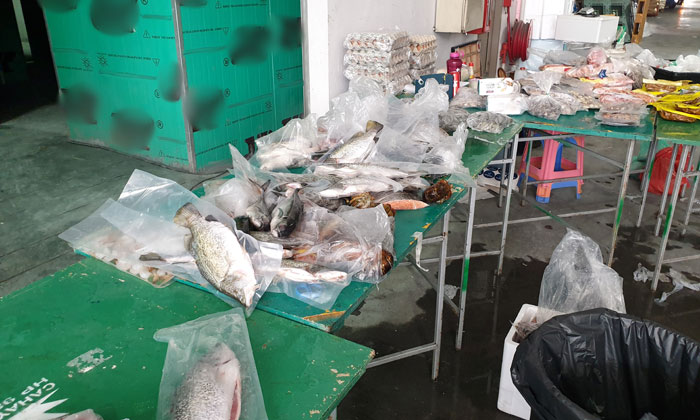 An online grocer was fined $11,000 on Wednesday (Sep 8) for storing meat and seafood in an unlicensed cold store and for storing raw meat for sale without a chiller.

OurPasar Essentials' managing director Muhammad Shafizan bin Saikh Abdul Kader was also fined $9,000 for failing to exercise due diligence to prevent the offence from being committed.

The Singapore Food Agency (SFA) said in a statement that its officers discovered OurPasar Essentials staff handling packets of raw meat seafood laid out on tables without any form of refrigeration on Feb 9. 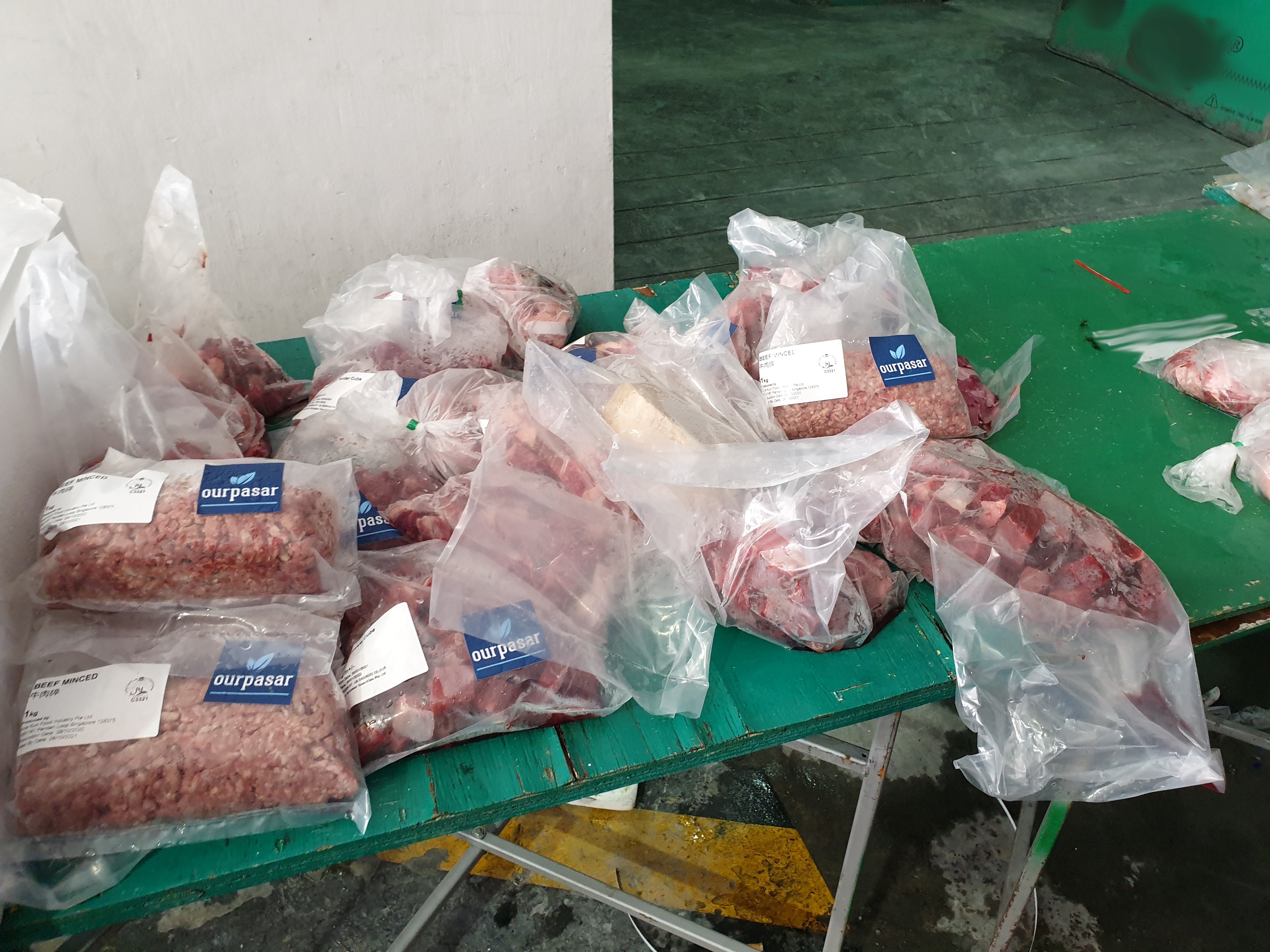 This included a container of raw chicken wings that was left exposed along the driveway outside the premises.

Further investigations revealed that the company was storing meat and seafood in an unlicensed cold store.

While the company was in the process of applying for a licence, it had not been approved yet.

About 312kg of illegally stored meat and seafood were seized, while 125kg of unrefrigerated raw beef and chicken were seized and disposed of immediately due to food safety risks from improper storage.

Under the Sale of Food Act and the Wholesome Meat and Fish Act, cold stores for meat and seafood products can only be operated with a valid licence.

These licensed premises are also routinely inspected by SFA.

If convicted offenders who store meat and seafood products in unlicensed premises face a fine of up to $10,000, or up to 12 months' jail, or both.

If found to be possessing any meat or seafood products which have been kept in unlicensed cold stores for the purpose of selling or supplying, offenders face a fine of up to $50,000 and/or up to two years' jail.

In the case of a second or subsequent conviction, offenders face a fine of up to $100,000 and/or imprisonment for up to three years.

Storage of raw meat for sale without a chiller also poses a food safety risk. If convicted, offenders face a fine of up to S$2,000. If the offender persists, they are liable to a further fine of up to $100 for every day or part thereof during which the offence continues
after conviction.