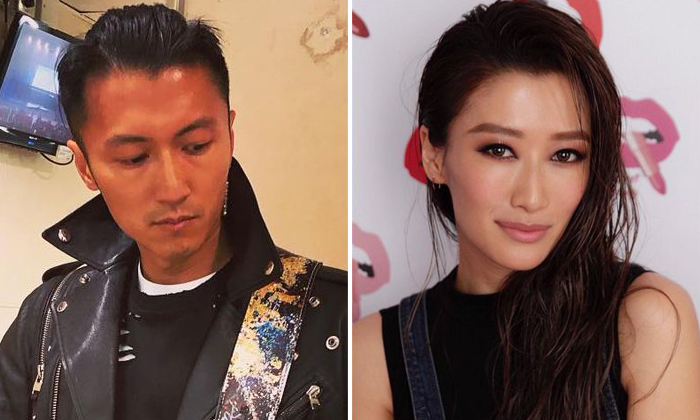 When Jennifer Tse announced in June that she is now a mother, there was talk that her brother Nicholas Tse refused to talk to her.

It seemed that he was upset that the model-actress had chosen to be a single mother, and that he was concerned that she had dented her chances of finding another man.

She was said to have rejected his demand to marry the man who fathered the child.

Now, it can be confirmed that the siblings have not spoken to each other for a long time, reported the on.cc portal.

Asked by the media over reports that Jennifer Tse, 37, is returning to Hong Kong, Nicholas Tse, 39, said: "I actually haven't spoken to her in a year.

"I'm not sure exactly when she will be returning to Hong Kong, and I may not be in town (to meet her)."

Reporters had wanted to know if he would cook for her since he has gained a name for hosting a cooking show too.

Looking back on past events, he revealed that, like many other people, he had learnt of her giving birth "only from the newspapers".

He added that while they lead different lives, he stands ready to help her in any way since they are family.

Netizens have speculated that the father of her child is American actor Jeremy Renner or someone from the Chinese community in Vancouver, where she is reportedly bringing up her daughter.

Nicholas Tse's ex-wife, actress Cecilia Cheung, 39, also gave birth in November 2018. She has not revealed who the father of her son is.

Nicholas Tse and Cheung have two sons together.

When things were rocky in their relationship, Jennifer Tse reportedly provided a shoulder for her brother to lean on.

Nicholas Tse, who got divorced in 2012, is often asked these days about his relationship with Chinese singer Faye Wong, 50.

They first dated in 2000 but split up two years later after talk surfaced that he was going after Cheung. Wong's marriage to actor Li Yapeng in 2005 ended in 2013.