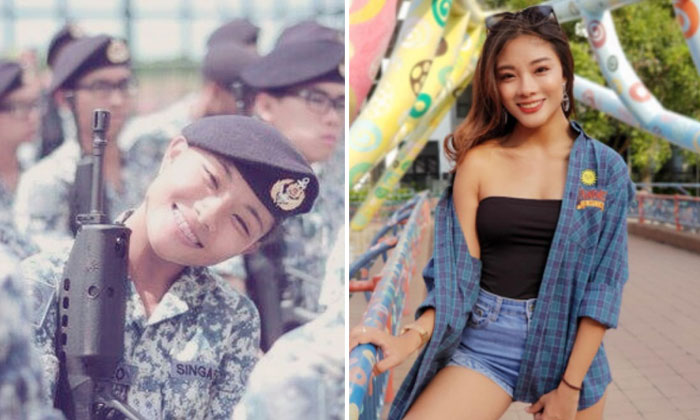 The former marine systems operator with the Republic of Singapore Navy (RSN) shot to fame after she was featured in RSN's monthly magazine, Cyberpioneer, in 2015, causing netizens to rave over her looks. 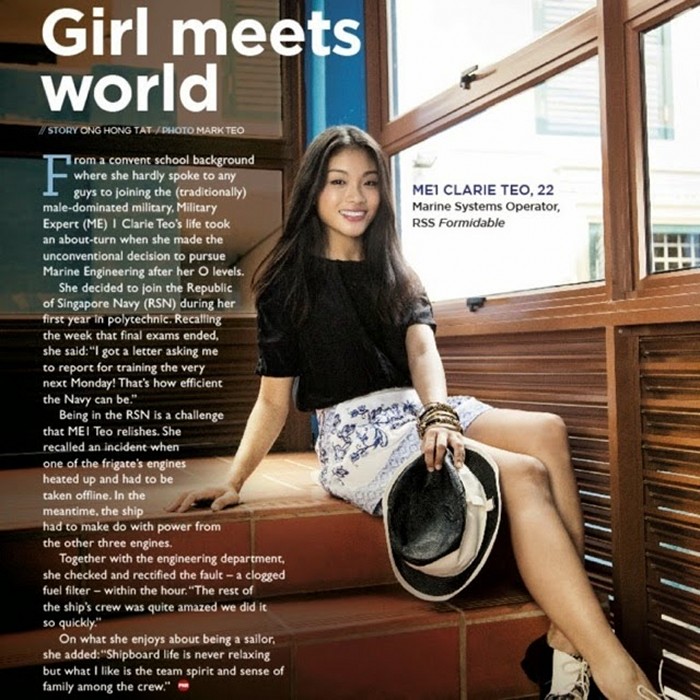 She also appeared in an RSN video.

Miss Teo, 25, has since left the navy to study mechanical engineering at the National University of Singapore.

In an interview with Chinese daily Lianhe Wanbao on Monday, she said she received e-mails informing her that her account has been hacked, and they threatened to delete her account if she did not reply within three hours.

Half an hour later, she received another e-mail asking her to pay US$300 if she wanted to regain ownership of her account.

When Miss Teo did not reply after 20 minutes, she received an e-mail threatening to delete the photos and sell the account.

She told Wanbao: "As the e-mails were sent from overseas, I believe that they belong to foreign hackers. My account was secured with the two-factor authentication, but it still got hacked."

She did not reply to any of the e-mails and immediately reported the incident to the police and Instagram.

Miss Teo told Wanbao that she has not yet regained access of her account. She intends to register for a new account with her original username.

She suspects that the hacker may have obtained her information from her old accounts in Neopets, a virtual pet website, and social networking website Tumblr, although she has not logged into the accounts in about 10 years.

According to social media expert Lars Voedisch, this attack may have caused Miss Teo a significant amount of losses, given that influencers with the size of her following can demand up to $400 a post. 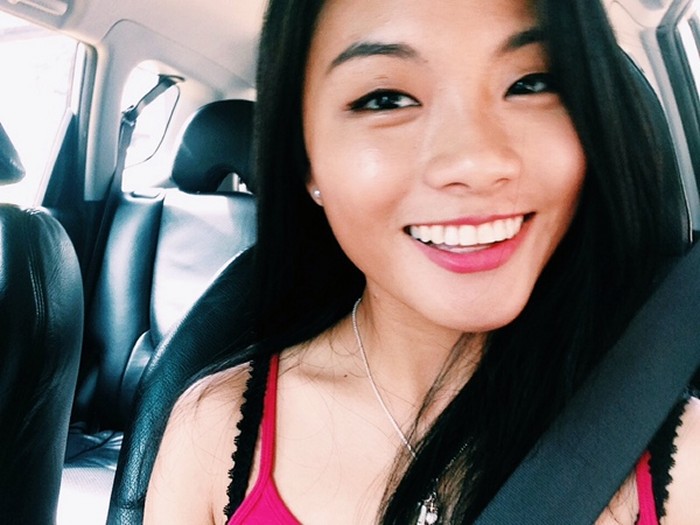 He added: "It may be possible that her Neopets and Tumblr accounts may have been hacked, given that older servers usually have less updated security features.

"Hackers usually flock to such servers because they are easier to breach."

"If you post everything about your life online, how difficult can it be to get hold of personal particulars?"

Said Mr Ali: "This looks like quite an elaborate case of hacking because if they could get pass the 2FA, it means that the hacker had access to her phone."

He added that not giving in to the hackers was a right choice.

"That is too much trouble for US$300. The hackers most likely would not have returned her the account even if she had paid.

"To protect accounts from hackers, users should come up with complex passwords and refrain from accessing personal e-mails on public networks on shared computers, such as in airports."