"My girlfriend and her ex-boyfriend are too close" 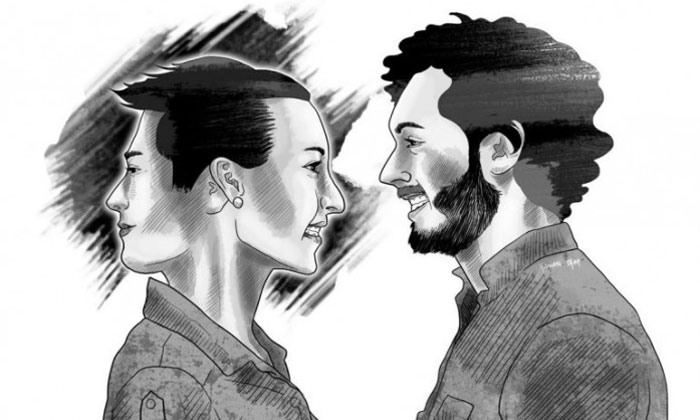 I have met this wonderful girl that I'm totally in love with. She brightens my day every day and I've been totally amazed from the moment I laid eyes on her.

But she comes with a lot of baggage. She has an ex-boyfriend that she pretty much considers family, and it was odd to me at first until I realised her family is all he has. So I told myself this is not something big for me to go crazy about.

Then she started to have anxiety attacks and the only person who knew how to console her was her ex-boyfriend. She would call him to come over and he would stay the night and take care of her.

But then her anxiety attacks started to become frequent, so I told her ex-boyfriend that it was okay for him to sleep over, and vice versa.

But now, it's become something like a secret between them because she doesn't tell me anymore. They share a bed and she doesn't see a problem with it.

What should I do, Thelma? - Cast Aside

My dear, you're in love with her, that is clear, but what does she think about you? While you can't read her mind, you can see her actions.

I agree with you that having an ex who is as close as family isn't a problem. There are plenty of people who cross from romantic relationships into friendship. This is especially true of young love.

So if it were simply a warm friendship, I'd say terrific. But your girl isn't enjoying a platonic friendship, is she?

When she's unwell, she turns away from you and to him. That alone would worry me. If he's first in her life, where does that leave you?

But it gets worse, doesn't it? They're sleeping together and when you complain, she responds by ignoring your protests and then lying about it.

Look, I think there's only one conclusion: she's not your girlfriend. You're in love but she's not in love with you. She's into the other man and for some reason she's not up front enough to say so.

My dear, just walk away. Your letter shows you're generous, loving and kind. There are loads of amazing girls out there who want an honest, loving relationship with a man like you. Believe me, you'll be inundated!

But next time you fall for a girl, please consider your relationship deal breakers. You see, deal makers are easy because we look for the things we want in the people we date. Like you might actively look for a girl who's kind, funny and who shares your love of salsa dancing.

But it's deal breakers that kill relationships. Common deal breakers include laziness, an unkempt appearance, bad hygiene, playing too much with your phone, and disagreeing on whether you want to be parents.

We tend not to consider deal breakers when we first start dating, because our minds are only on the positive. If you're unlucky, you fall for someone and then find later that it can't work. That can lead to a lot of heartache.

As everyone has their personal take on deal breakers, it's good to get it settled as you move from casual dating and friendship into a more committed relationship. If there are too many warning flags, tread carefully or consider moving on.

Like I said, you're a nice man, and there are lots of nice women out there. So don't settle; find someone you can build a life with. -Thelma

Related Stories
Secret life as a social escort in Singapore: "Can I really control who I develop a crush on?"
I'm in love with a celebrity and no one can take her place
'My friend's husband is cheating, do I tell her?'
More About:
relationships
confessions