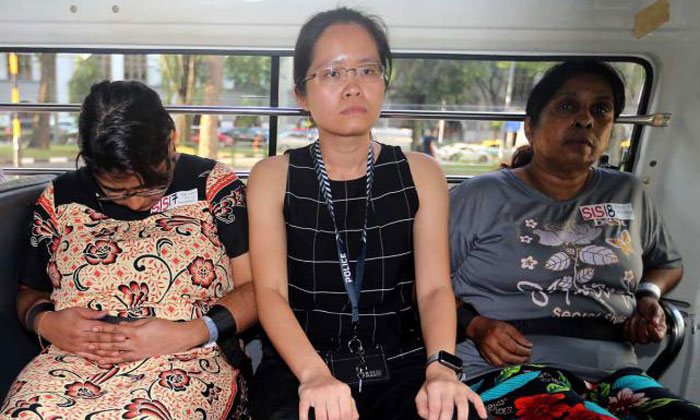 A woman and her mother were charged in court yesterday with murdering their Myanmar domestic worker at their home in Bishan earlier this week.

They are alleged to have committed murder by causing the death of Piang Ngaih Don, 24, at their ninth-floor flat at Block 145 Bishan Street 11 between July 25 and 26.

The pair were arrested on Wednesday.

The prosecution applied for them to be remanded at Central Police Division with permission to take them out for investigation.

Deputy Public Prosecutor Mohamed Faizal said they were not ready to take a plea at the moment.

Both did not display any emotion when the charge was read to them in Tamil separately.

They will be back in court on Aug 4.

If convicted, they face the death penalty.

In a statement yesterday, the police said they received a call on Tuesday at 11.03am requesting for assistance at Block 145, Bishan Street 11.

Upon arrival, the victim was found motionless and pronounced dead at the scene. The case was classified as an unnatural death, the statement said.