Stomp clarifies: Man dressed as security guard on train does NOT work with the Police 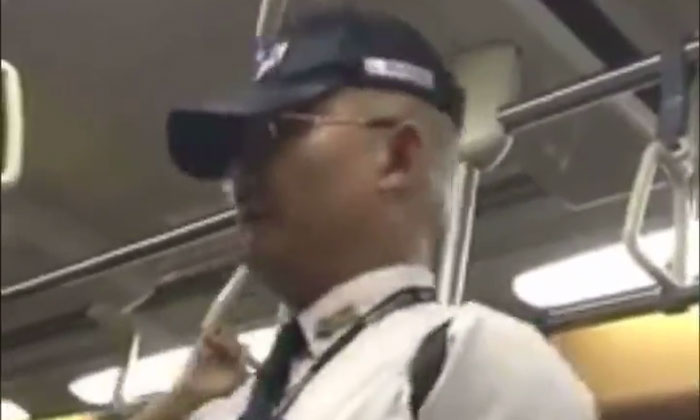 Stomp understands that a man claiming to "work closely with the police" while controlling traffic on an MRT train does not work with or for the Singapore Police Force (SPF).

The video of the man dressed in a security uniform advising commuters to move in on the train has sparked some debate among netizens on whether he really works with the police.

In the video taken and shared by Stomper Eric, the man tells commuters to move in and to make way for those alighting.

He also advised the commuters to look after their belongings and then told the ladies that if anybody "touched" them, to report it to him.

The video was also shared on SBS - Sure Boh Singapore's Facebook page.

According to Eric, the man claimed to work closely with the police and he overheard him saying on the phone:

"Good evening, Sir. I want to report to you that the train is very safe now, no one is doing illegal things, can I end my work shift now?"

Eric then questioned if this is real.

Some netizens slammed the man in the video for interfering and being "kaypoh" but others lauded him for helping to make train rides safer for all passengers, even if he is not authorised to do so.